“Changed My Ways” Murray A. Lightburn 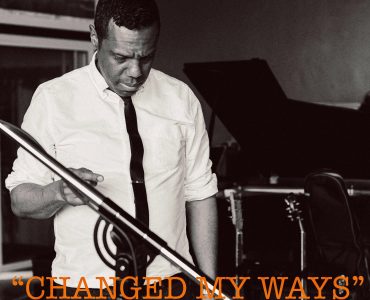 "Changed My Ways" by Murray A. Lightburn
Share on TwitterShare on PinterestShare on PocketShare on RedditShare on FacebookShare on Email

Murray A. Lightburn (The Dears), drops his new solo album, Hear Me Out, on February 22nd, via Dangerbird Records (Swervedriver, Slothurst). Ahead of the release, the Montrealer is sharing the album track “Changed My Ways.”

Murray A. Lightburn on “Changed My Ways””

“Guys that look like me, singing sensitive love songs isn’t something I see a lot of these days,” says Murray. Hear Me Out is as striking and ambitious as anything Lightburn has ever written for The Dears, but also nothing like the Dears. While influenced by the likes of Nick Cave and Serge Gainsbourg, Lightburn notes, “I was listening to a lot of Gordon Lightfoot before I made this record too.”

On Hear Me Out Lightburn looks to focus on his craftsmanship and composition, working with famed producer Howard Bilerman (Leonard Cohen/Arcade Fire/Godspeed You Black Emperor!) to sculpt the sounds. Lightburn brought together a stellar group of musicians to bring his work to life, including jazz guitarist Steve Raegele, bassist Rémi-Jean Leblanc, drummer Jeff Luciani (The Dears). While reuniting with the four-piece string section from The Dears’ most recent, two Times Infinity records (François Pilon, Madeleine Messier, Ligia Paquin and Sheila Hannigan), as well as flautist Brigitte Mayes, a key player on No Cities Left, among other Dears records, and singers Catherine McCandless (Young Galaxy) and Ariel Engle (La Force/Broken Social Scene).