Vancouver artist Sam Tudor has released a touching video for his latest single “Change My Shape.” The clip was directed by well known visual artist Anna Firth. “Change My Shape” is the second track to be taken from Tudor’s forthcoming release, due out in late 2020.

Sanm Tudor on the video for “Change My Shape:”

“When I wrote this song I was thinking a lot about the patterns I was stuck in & the loops that we create for ourselves to exist within. I had seen Anna Firth’s animated GIFs, and working together on this project felt natural, like we were both leaning towards the same ideas from the start. The song and video were conceived before the pandemic, but watching the video now makes me think about how universal and public these often internal struggles have become.”

Sam Tudor’s latest project is a culmination of a large group of friends across Canada. It is a solo project AND a D.I.Y. collective effort. Sam Tudor’s music has been described as jazz players combining forces with Eno inspired beats while acoustic guitars meet distorted synths, with Tudor’s distinctive voice at the forefront. 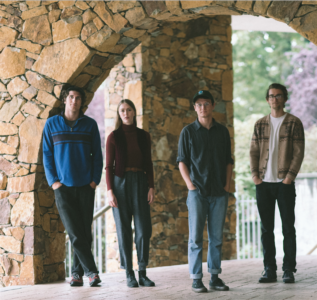