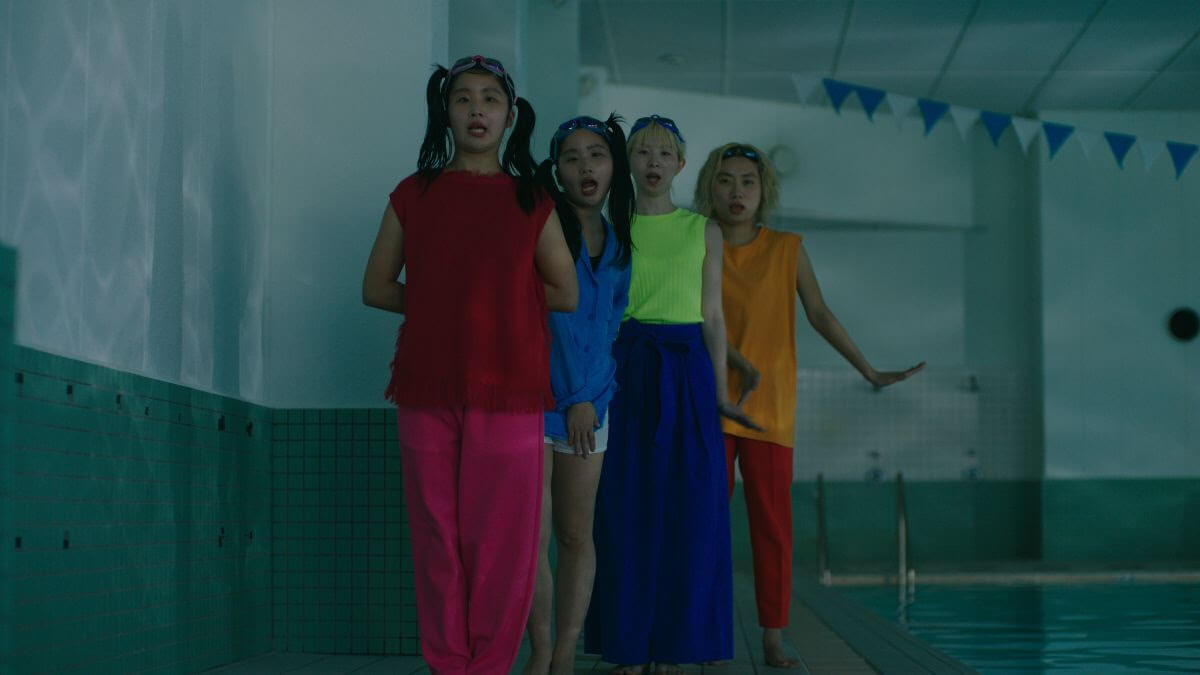 CHAI have dropped a new single/video, “Nobody Knows We Are Fun.” The track is off the Japanese group’s forthcoming release WINK, available May 21st on Sub Pop. the track follows the singles “Maybe Chocolate Chips” (Feat. Ric Wilson) and “ACTION.” Directed by Hideto Hotta, the video features the band adorned in colorful outfits and settings. The track was inspired by an at-home activity: YUUKI was watching 2019’s Booksmart when she had the idea for the song. (The movie’s whip smart protagonists decide to attend a party before high school graduation after realizing, “Nobody knows we’re fun!”) “I thought, ‘We, CHAI, can really relate to that scene,” YUUKI said of the song, which the band describe as “a mix of screaming our annoyances—why don’t you guys notice us!—while trying to be cute and sexy.”

Chai on “Nobody Knows We Are Fun:”

“It’s like ‘Nobody Knows We Are Fun,’ right?!”
“Seriously! Not cool!”
“Perhaps they underestimate us? ♡”
“Or maybe they are like ‘don’t be a show off!’”
“Say what you want! What matters is that despite always being ourselves and never changing, we are still the most FUN!”
“Totally!! ♡♡”
“It’s that type of song! Take a listen and loosen up♡”

CHAI includes MANA (lead vocals and keys) and KANA (guitar), drummer YUNA, and bassist-lyricist YUUKI. The band spent 2020 forced to rethink their work and lives. They took this as an opportunity to shake up their process and bring their music somewhere new. Rather than having maximalist recordings like in the past, CHAI instead focused on crafting the slightly-subtler and more introspective kinds of songs they enjoy listening to at home—where, for the first time, they recorded all of the music. They draw R&B and hip-hop into their mix (Mac Miller, the Internet, and Brockhampton were on their minds) of dance-punk and pop-rock, all while remaining undeniably CHAI.