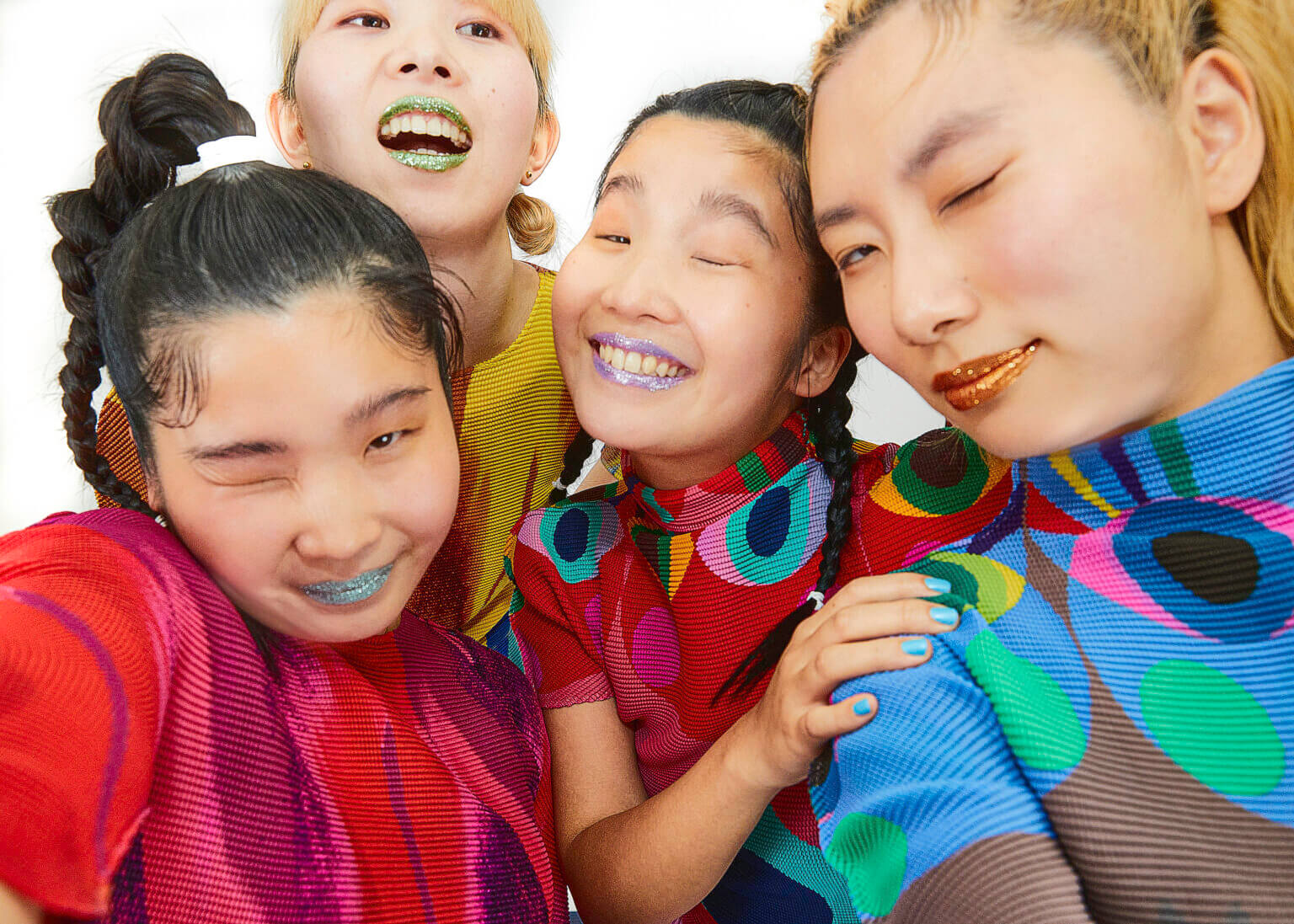 CHAI, have announced their new album, WINK, will drop on May 21st Sub Pop. Today, the Japanes pop/punk quartet have shared a video for lead single “ACTION.” WINK is the bands third LP and debut for Sub Pop Records. As CHAI puts it: “A person who winks is a person with a pure heart, who lives with flexibility, who does what they want. A person who winks is a person who is free.” YUUKI noted that “With this album, we’re winking at you. We’re living freely and we hope that when you listen, you can wink and live freely, too.”

CHAI is comprised of of identical twins MANA (lead vocals and keys) and KANA (guitar), drummer YUNA, and bassist-lyricist YUUKI, and have toured globally, playing festivals including Primavera Sound, Pitchfork Music Festival, and more. CHAI spent 2020 forced to rethink their work and lives. They took this as an opportunity to shake up their process and bring their music somewhere new. WINK is also the first CHAI album to feature contributions from outside producers (Mndsgn, YMCK) as well as a feature from Chicago rapper-singer Ric Wilson. CHAI draw R&B and hip-hop into their mix (Mac Miller, the Internet, and Brockhampton were on their minds) of dance-punk and pop-rock.

Lead single “ACTION” was a response to watching the Black Lives Matter protests unfold across America and the world in June of 2020 while the band was in Japan. “Seeing how the world came together during the protests really moved me,” said YUUKI. “I wanted to dedicate that song to the year of action.” The band further elaborates: “The world as we know it has changed, but even with that, it’s still a world where nothing really changes. Wouldn’t it be wonderful if there more ACTION rooted in happiness? Be the change that you want to see!…I’m going to be the pioneer in seeing the world I want to see, meeting the people I want to meet! We start off by expressing the fun in ACTION with this music video♡ Why don’t you join us?! It’s that type of song♡.”