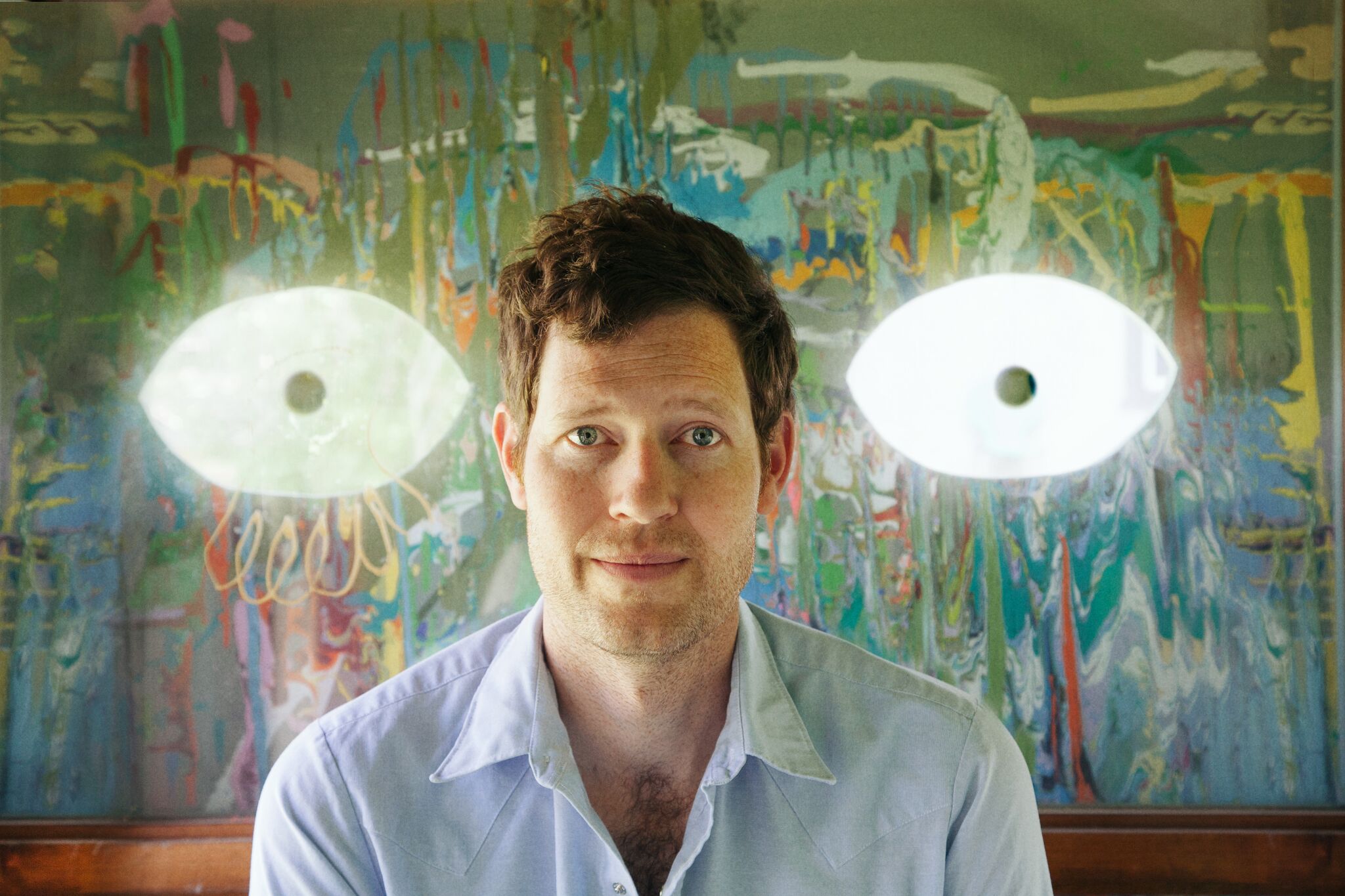 Chad Van Gaalen isn’t as obsessed with music as you might think. Given his prolific work as an artist and animator, the indie rocker and Alvvays and Women producer barely has the time for music these days. His new album Light Information finds him working out of his Alberta studio on his own to tackle technology, paranoia and his own weird ideas. We caught up with Chad ahead of the album’s release to talk about chasing down keyboards, his slipping ability to compose and how technology is driving him insane.

Northern Transmissions: I understand the Korg 770 was a long chased after keyboard for you, so what did it offer to you and why did you decide to write a whole song around it?

Chad VanGaalen: There was about 30 instrumentals that came out of that, I was doing duets with a prepared piano and the 770. I’ve been lusting after that synth for decades now. My friend Adam and I originally came across one on a road trip to Victoria probably about 16 years ago now. I saw it in a pawn shop and walked over to try it. It was probably about $50 at the time but I didn’t know anything about keyboards so it just looked really crazy. I asked the guy, “I think only one key at a time works on it,” and he said, “Yeah, it’s a mono-synth.” I didn’t even know what that was at the time. I probably only had $200 bucks at the time. My friend Adam was like “Fuck Yeah I’m going to buy that thing, it’s too crazy not to get.” It’s been in his garage jam space ever since, and his space is the space that everybody uses, it has been around, and I’ve used his for years. It was always the synth I could never get over. It has white noise, pink noise as well as pitch noise. It’s almost semi-modular, it has almost as many options as an MS-20 but it doesn’t sound as fat, it sounds acoustic and weird. Every synth I’ve come across since has been too tempered. I found a broken one on eBay and restored it, so that’s the story of the 770.

NT: Considering how much more animating you do these days, where did the spark for this album come from?

CVG: Ya, Light Information is almost similar to Skelliconnection in a way because there was a mixed cake of sorts. Although all the songs were all sequenced to go with each other, nothing was planned. Some of the songs are older than Shrink Dust, like “Golden Oceans.” The back half of the record is probably the newest stuff, “Static Shape” was thrown on after the record was supposed to be pressed. Songs are getting nearly impossible for me to write anymore.

NT: Considering all the records you’ve produced for artists like Alvvays, Women and a lot more, do you find yourself taking ideas or sounds from these sessions back into your albums?

CVG: I think everybody does that all the time. If I figure out a way to mic a guitar, I’m totally going to use it. I taught it to myself as I went so I’m still learning as I go. As far as hearing things, I don’t know. When it comes to composition, I guess my mind is to distracted. If I have an idea in the moment, and I have a tape recorder, I’ll sketch it out, but I don’t have an aural memory to keep it.

NT: Is there any particular reason you play everything yourself given the range of musicians that would work with you?

CVG: I have a studio hear at home, so it’s mostly just super economical for me as a dad. I’m running around, so I might have an hour here or there, but I don’t know when I’ll get that hour. I feel like that’s a lot of the joy for me, the reason I got into music in the first place was falling in love with multi-tracking. I also fell in love with the engineering part of it, the sound LEGO is what I love to do. Performance not so much, I still enjoy it but it’s really stressful. Whether it’s sound exploration through composition or just sound, I still love it.

NT: Considering how much visual art you create through animation, painting and puppets, is this coming from the same place as your music or do you draw you creative energy for these from somewhere different?

CVG: Animation is where those two worlds come together, making a music video where I’m responding to the music. The Timber Timbre video was really fun to make because there were so many cues to sync up with. Visuals are what I love to do, put a pencil and a piece of paper in front of me, and I’m happy till the day I die. As far as music goes, it’s definitely way more difficult to get that going, just because I’m less skilled. I’m more comfortable doing visual art because I’ve been doing it for so long.

NT: Where do the feelings of paranoia and isolation come from on this record?

CVG: I’ve taken the break from the internet at this point. It’s wearing on everyone at this point. I’m at the tail end of my thirties and I didn’t grow up with that stuff, so it’s still a little bit shocking to me. Just that everybody’s fully onboard with that being in their consciousness just seems too easy. That’s where some of that insular paranoia comes from. It’s also the rate it’s growing. I spend a lot of time with technology, most animation. Relearning animation software that’s basically the same as the one released ten years ago but all the tools are hidden in sub-menus now. You rely on the people that are building these apps as an artist. I don’t open up my pencil case and none of my pencils are there. I know I sound like a grumpy old man but where is my eraser tool man, it’s crazy. It’s definitely unnecessary to be constantly updating this stuff just to make money, it’s just wasting everyone’s time. Gardening is what I’m stocked on these days.