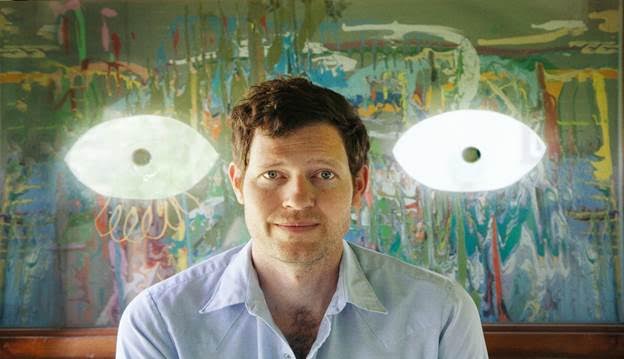 Chad VanGaalen has announced his new album Light Information Out November 9th via Flemish Eye in Canada and the rest of the world through Sub Pop.Today, he has shared the lead-single “Old Heads”.

“Old Heads” is a sci-fi space anthem to technology that constantly replaces itself, proving both necessary and unnecessary at the same time. It’s also a jangly pop gem, a trip through the fantastical that is ultimately warm and relatable. The song is a web of interlocking guitar parts and tumbling, layered percussion arrangements, atop which sits a classic VanGaalen vocal, equal parts fragile and effusive, and winding around itself in its inimitable way.

For an album that’s about “not feeling comfortable with really anything,” as Van Gaalen says, Light Information is nonetheless a vivid, welcoming journey through future worlds and relentless memories. The rich soundscapes and sometimes jarring imagery (“I’ll be the host body, yes, for the parasitic demons. They can eat me from the inside out, I already hear them chewing.”) could only come from the mind of a creative polymath – an accomplished visual artist, animator, director, and producer, VanGaalen has scored television shows, designed puppet characters for Adult Swim, directed videos for Shabazz Palaces, Strand of Oaks, METZ, Dan Deacon, and The Head and the Heart, and produced records for Women, Alvvays, and others.

While alienation has always been a theme of VanGaalen’s music, Light Information draws on a new kind of wisdom–and anxiety–gained as he watches his kids growing up. “Being a parent has given me a sort of alternate perspective, worrying about exposure to a new type of consciousness that’s happening through the internet,” he says. “I didn’t have that growing up, and I’m maybe trying to preserve a little bit of that selfishly for my kids.”

Light Information emerged from the wild and weird array of vintage and exotic instruments that fill VanGaalen’s Calgary garage studio. Among them is a beloved Korg 770 monosynth, which VanGaalen coveted for years before fixing one up and devoting a lot of recent energy to recording “duets” with it. One of these, “Prep Piano and 770”, is the lone instrumental on Light Information, more atmosphere and chord bursts than the rest of the album’s hooky rock narrative. “If I was going to go out and buy a record, I would probably want it to sound only like that,” says VanGaalen. “That one’s for me.”