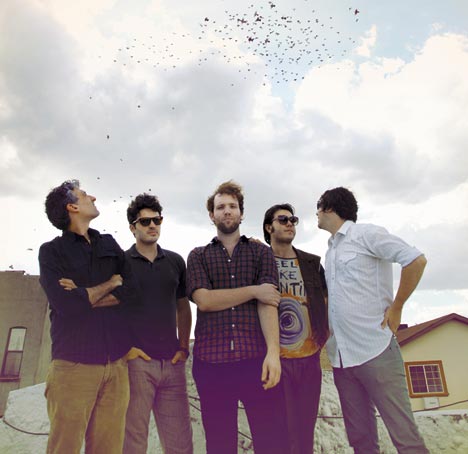 “We all went up to Jimmy’s grandmother’s place in New Hampshire,” says singer Matthew Iwanusa. “That’s where the new record kind of started. It was literally the attic of her barn, lit up by Christmas lights. We’d all sit in this one room together and one by one we’d all go into the bathroom and record ourselves making the most psycho noises possible. It actually felt kind of like a weird breakthrough. We were all confident and comfortable enough with each other to try out these experiments, which extended itself into the making of the new record…which is really just an evolution of this vibe that we’d been cultivating for long time.”

With that, the guys holed up in Brooklyn’s Rumpus Room to start recording in earnest with Nick Stumpf (who produced the band’s debut album) and Albert Di Fiore behind the controls. The album is a kind of sonic microcosm—a series of emotional yet tough mini-narratives operating within the same quixotic musical universe.