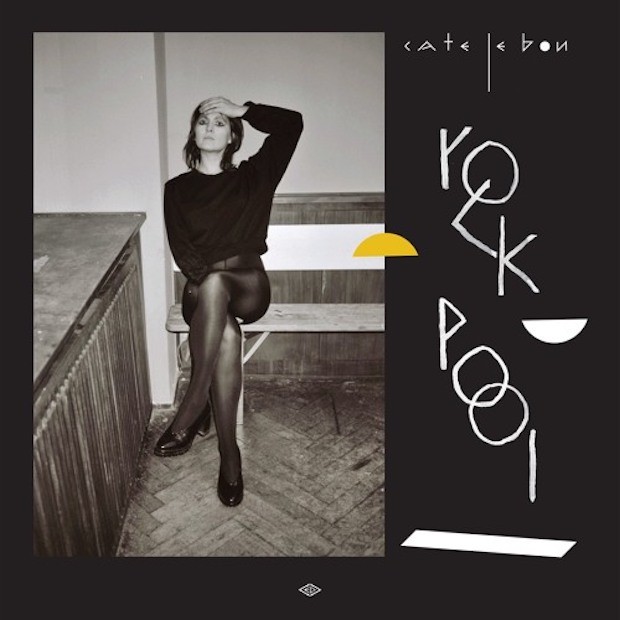 Cate Le Bon has just dropped a video for her track “Rock Pool”. The Welsh musician released her new album, Crab Day, earlier this year, and she’s followed it up with a 4-song EP which is made up of leftover songs from that writing period. “Rock Pool is the killed darlings from the Crab Day sessions brought back to life on a classic 2-2 formation,” she says. “Written under the same banner of the impossibly absurd and emerging to unimaginable bedlam.”

“Rock Pool” is a succinct and terse second coming, with Cate’s gold songs guided by the incredible chemistry between the players (H. Hawkline, Stephen Black, Stella Mozgawa and Cate). The 12-inch doesn’t hit shelves until the January 27, but with an impending national tour (co-headlined with Tim Presley), let’s get this party started!

The video for “Rock Pool”, finds Cate reunited with director Casey Raymond for a fantastical experimentation in neo-Technicolor, La Nouvelle Vague and a locale that could be a dead ringer for Led Zeppelin’s Houses of The Holy!

Cate Le Bon – Tour Dates:
12-Jan in Los Angeles at Highland Park Ebell*
14-Jan in San Francisco at The Chapel
16-Jan in Vancouver at Fox Cabaret
17-Jan in Seattle at Chop Suey
18-Jan in Portland at Mississippi Studios
21-Jan in Visalia at Cellar Door
25-Jan in Hudson, NY at The Half Moon
26-Jan in New York City at Bowery Ballroom
27-Jan in Philadelphia at Black Box in Underground Arts
28-Jan in Washington, DC at U Street Music Hall
30-Jan in Providence at Aurora
31-Jan in Cambridge at Middle East Upstairs
1-Feb in Montreal at Bar Le “Ritz” P.D.B.
2-Feb in Toronto at Velvet Underground
3-Feb in Detroit at El Club
4-Feb in Chicago at Lincoln Hall
5-Feb in Cleveland at Happy Dog