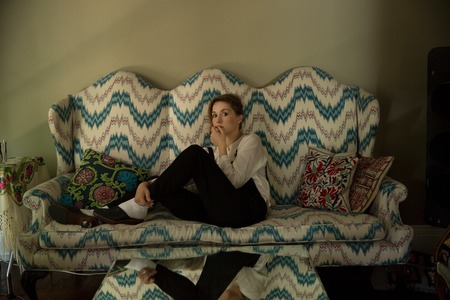 From Cate: “Crab Day was lovingly formed in the mouth of the Pacific Ocean, as it quietly mocked us with its magnitude. It’s the sound of the ‘accidentally on purpose’ coming together of the right people at precisely the right time in an environment that furnished and fueled the abandonment we felt effortlessly. It’s a coalition of inescapable feelings and fabricated nonsense, each propping the other up. Crab Day is an old holiday. Crab Day is a new holiday. Crab Day isn’t a holiday at all.”

To accompany Crab Day’s release, Cate recently spent time in Berlin where she shot a film directed by visual artist and film-maker Phil Collins. A trailer for the film has been revealed today which can be seen below. To complete a hat-trick of announcements, Cate has also announced shows in NYC and LA where she will perform Crab Day in it’s entirety with Los Angeles semi-experimental, semi-improvisational music ensemble BANANA! Comprised of Josiah Steinbrick, Josh Klinghoffer, Stella Mozgawa, Stephen Black, H.Hawkline and Cate, BANANA will present a special opportunity to hear Crab Day in full color!