Catching up with The National Lights 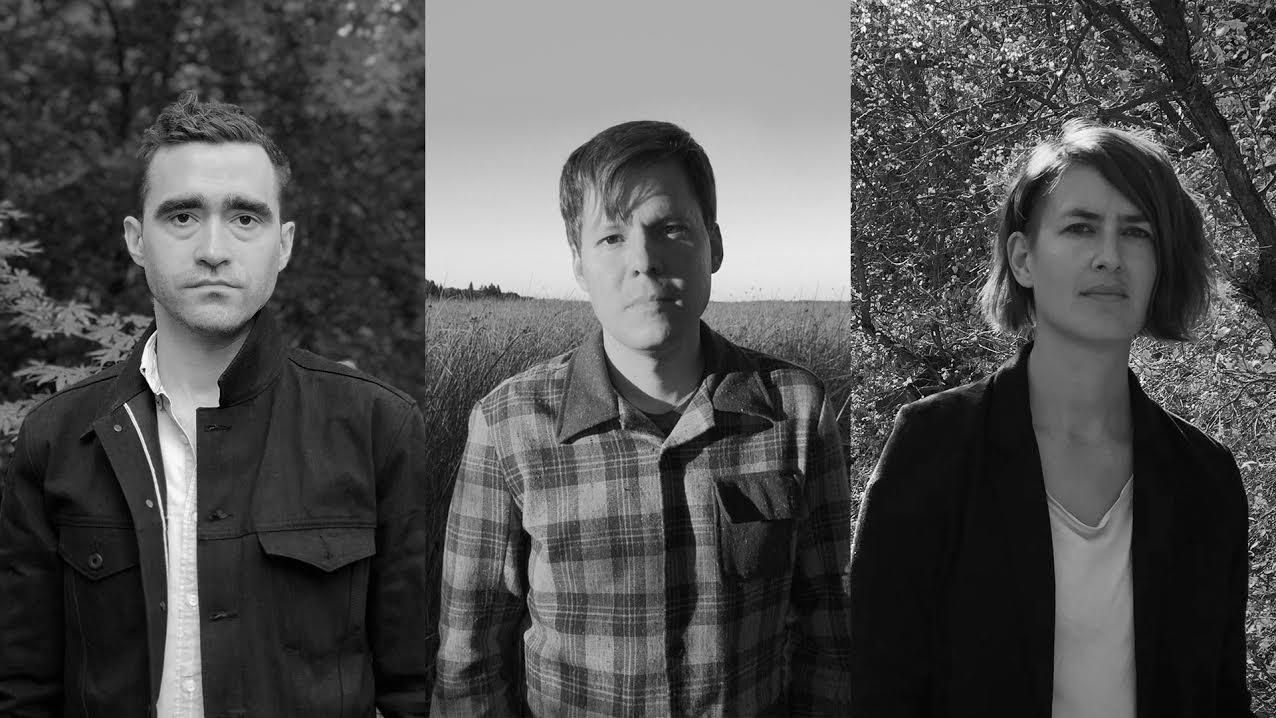 The National Lights formed in Poughkeepsie, N.Y., in 2004 as a vehicle for singer/songwriter Jacob Thomas Berns. Joined by singer/songwriters Chris Kiehne and Sonya Cotton. On Whom the Sea Will Keep, The National Lights turn to the sea ballad, expanding their sound to include percussion, accordion, and vocal rounds. While The Dead Will Walk, Dear was written and recorded in the band’s final years of college, Whom the Sea Will Keep took shape between thesummers of 2008 and 2018 in the ebbs of work, graduate school, and cross-country moves (Berns, Kiehne, and Cotton have dispersed to Eugene, Ore.; Baltimore; and Salt Lake City, respectively). This intermittent process meant the album, like its ocean setting, was constantly in flux, even as it remained the same at heart. These are songs about ghosts, drownings, drastic measures, and white whales that explore the lines between history and myth, fool and legend. We caught up with Jacob, a week prior to the band’s forthcoming release Whom the Sea Will Keep out on February 22nd.

Jacob Thomas Berns: This EP has been in the works since before the band scattered—even before The Dead Will Walk, Dear was released—and I’ve been interested in nautical lore much longer than that. I grew up on Lake Michigan and spent a lot of my childhood in Door County, Wisconsin, a place that gets its name from Death’s Door, a straight whose floor is littered with shipwrecks. My grandfather worked on ships, and one of my earliest memories is sitting on someone’s shoulders to watch a ship christening. All of which is to say, the material—and the stories told through shanties—has been a longtime fascination.

NT: You’ve also all been separated for much of the album’s development. What was the intermittent recording like, and did it change any initial image of what Whom the Sea Will Keep would be?

JTB: These songs are very much the same, but the treatment of them changed over time. They were written over a period of a year or two. Then every few years after that, Chris and I would take up the recording process, insist on finishing the album, then wind up with a batch of songs that didn’t feel quite right and didn’t sound anything like the batch of songs a few years after that. But this latest go, everything fell into place. For one, Chris just keeps honing his ear for arrangements and production. I also think we were willing to take more chances with the songs the further we were from the songs’ honeymoon phase.

NT: You’ve said “The Whaleship Essex”, based off the historical inspiration for Moby Dick, is at the album’s center. How do history and myth entwine in your songwriting?

JTB: I leaned heavily on history to enter into these stories. At the most basic level, I don’t share the experiences of these narrators (life on the sea, the danger that comes with it). But the emotional responses to such experiences—regret, fear, grief, etc.—are ubiquitous. My aim, then, was to make these narrators’ specific stories universal. To write something that listeners will find meaning in because of an emotional connection, even if they’ve never stepped off land.

NT: There’s a recurring theme of sacrifice and reckless abandon, and the regret that comes with it, such as in “Lantern and Whalebone”. Was sacrifice a necessary factor in the album’s creation, and have there been any regrets?

JTB: For the reasons I’ve already mentioned, I’m convinced these songs are better for the time it took to record and release them. But that time also reflects distance between Chris, Sonya, and me. In many ways, that distance was out of necessity: to go to school, find jobs, start families. But coming back together over email to finish this thing, and how natural it felt to do so, really underscored for me what was lost in that space. Life dictated the amount of time it took to finish the album—no regrets there—but, for my part, I regret that the recording process defined the last decade of the band’s interactions. This album came together over email, and may not have come together otherwise, which is a somber realization.

NT: The accordion, a first for the band, is featured prominently on tracks like “A Dead Whale or a Stove Boat” and “The Whaleship Essex”—where did that decision come from?

JTB: The short answer is that Chris heard accordion on the tracks I sent him. It’s also a very fitting instrument considering the material. Listening to the EP now, I can’t imagine it without accordion—or strings, or concertina, or vocal rounds—though the person who was writing The Dead Will Walk, Dear might have blanched at the suggestion.

NT: Now that the record’s in the books after 10 years in the making, can you hear any differences based on when and where the tracks were written and recorded?

JTB: Many of the tracks within the songs were recorded seven, eight, nine years apart. I recorded all of mine first: the vocals and base instruments, primarily. Then Chris, Sonya, Gabe, Jeff, and Derek recorded their tracks over the following years, right up till June of 2018. The album was initially a full-length that we whittled down to an EP, so there was even more shifting tone and style over the years than saw the light of day. Some songs shifted drastically in instrumentation, beginning, say, as a ukulele song and ending up as an accordion song. One song had a Celtic flair that was scrapped for a darker feel later on. Time afforded the opportunity to try different things.

And over those 10 years, we gained access to better recording equipment—and new tricks for getting the most out of it. That the songs are as cohesive as they are is a testament to Chris’ recording and production chops. Hearing how these songs ended up, I realize they’re exactly how I always hoped they’d sound, even though that sound was never clear enough to be a driving (or perhaps limiting) force in the recording process.

NT: How does the creation and final product of Whom the Sea Will Keep compare to The Dead Will Walk, Dear?

JTB: Though they were written only a couple years apart, they’re of decidedly different times and mindsets. With The Dead Will Walk, Dear, we were all in college, playing together every day, trading notes on each other’s songs. In many ways, we were learning as we went, still figuring out what kind of music we wanted to make. I think the songs on Whom the Sea Will Keep reflect a much more confident band. The writing process was also much different, much more isolated. We’d all moved apart at that point, and I was living by myself in cities where I knew few people. I wasn’t sharing these songs with anyone as I was writing them. Which I certainly don’t think is a better process, but I’m not sure in this case it was necessarily a worse one. Just different.

NT: What can listeners expect from the future with The National Lights?

JTB: Chris and I were recently emailing old demos back and forth. Hidden in the depths of my computer files was a one-take sketch of a song I’d recorded a few years ago and completely forgotten about. Once I heard it again, I remembered just where I was when the melody—which I’d wanted to preserve enough to grab a guitar, scratch out some lyrics—came to me. Which tells me that even when I’m not expecting it, or when I’ve decided to focus my creative energy on other projects, songs are forming. So I’m hesitant to say this is the last National Lights album. I hope it isn’t.

But that answer covers only one third of your question. Chris and Sonya continue to write and record—and at an astonishing level and pace. So even if new National Lights songs aren’t in the cards, the forces behind the songs, and that made them greater than the sum of their parts, are constantly putting out music that will last. 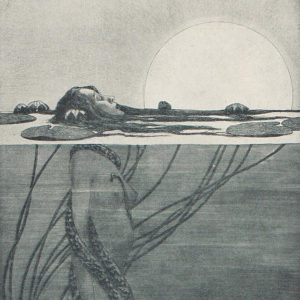