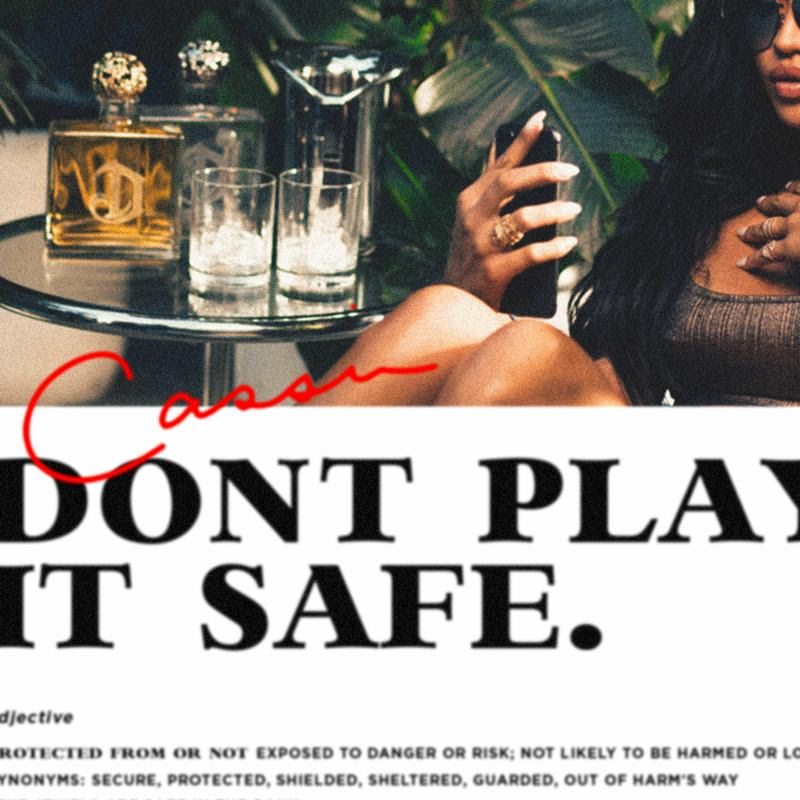 Casandra Elizabeth Ventura – Cassie – is an internationally recognized singer, actress and model.Born and raised in New London, Connecticut, Cassie began her modeling career at the age of 14 and quickly earned a reputation as a style icon. She has modeled for Calvin Klein’s CKOne Fragrance, Forever 21, Adidas, appeared in television ads and been featured in V Magazine, GQ, Vogue, Elle and more.

After releasing her comeback single “Love A Loser” this August, Cassie is back today to share one more new song before 2017 comes to a close. New track “Don’t Play It Safe” finds Cassie partnering with DJ/producer Kaytranada to create a song that demonstrates the pair’s natural chemistry. Speaking about the collaboration, Cassie shares, “”Kay and I have been working on this project for a while now. I look forward to everyone hearing what we have in store. He just gets me.”