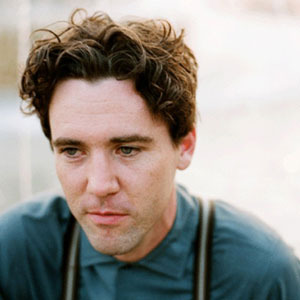 On October 15th on Domino Records. Comprised of 22 songs, Big Wheel and Others is a bundle, a bindle, a hay bale, and an oil barrel of songs. Some of the genres that are to be found on this album are: road songs, rock songs, folk songs, blues songs, country songs, rhythm and blues songs, skronk non-songs, cinema songs, cult songs, poem songs, jams, and ballads – to use however you wish. It’s brimming with McCombs’ gift for evocative storytelling, discerning introspection, and heartrending melody delivered through a haze of mystery and romance.

Cass (guitar, vocals) and his band — Dan Iead (guitar), Jon Shaw (bass), Dan Allaire (drums on the West Coast), and Joe Russo (drums on the East Coast) — will go on an extensive tour of North America in support of this new album throughout November and December. All dates are below.

Earlier this week, McCombs performed at the public memorial of the late actress/screenwriter/musician Karen Black. They collaborated together on 2009’s Catacombs‘ “Dreams Come True Girl,” and Black is featured on this new album. Today, we are honored to share with the world the very special “Brighter!” feat. Karen Black as a further glimpse into Big Wheel and Others following the already released “There Can Be Only One.”