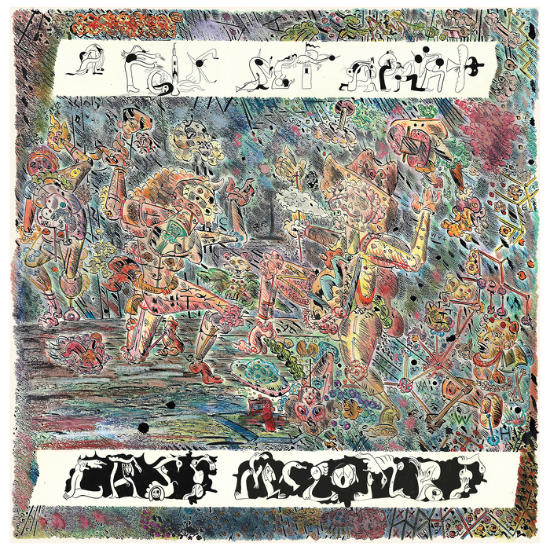 On December 11th, Cass McCombs will release of A Folk Set Apart: Rarities, B-Sides & Space Junk, Etc., a retelling of the last decade in the life of his music.

Comprising songs from 2003-2014, the album showcases McCombs’ thematic and emotional diversity. A black mirror to his catalog, there are varying moments of reflection, madness, and dark humor. Also of politics – “Bradley Manning,” which debuted on Democracy Now, is a modern folk ballad of the convicted Army whistleblower, and directly quotes Manning’s own Facebook posts. McCombs has a unique ability to stitch together ancient techniques with our current primitive mind.

For all their differences, this collection of songs reveals the artist as navigator of avoidance. They have been unearthed from the so-called underground – culled from the various limited, rare sources from which they were initially released on different independent labels on both sides of the pond, now compiled by Domino. For the past decade, most of these have been next to impossible to find, and for the first time are now readily available. Many were first unveiled as split 7”s, only sold at shows, whose artist pairings are as diverse as McCombs’ own musical tendencies: e.g. Meat Puppets (“Evangeline,” “Night of the World”), Michael Hurley (“Three Men Sitting On A Hollow Log”) and White Magic (“If You Loved Me Before”).

McCombs is a perennial favorite of many acclaimed musicians – as evidenced by the broad range of guests who appear on the tracks: Mike Gordon (Phish) co-wrote and lent his unmistakable vocal to the bizarre experiment, “Texas”; PREfection-era drummer, Tim Dewit aka Dutch E. Germ (Gang Gang Dance) on “A.Y.D.”; drummer Joe Russo (Furthur) on “Evangeline” and “Night Of The World”; Chris Cohen (Deerhoof) plays guitar on “Poet’s Day” and “An Other”; Tim Cedar (from noise/punk band Ligament) drums on “Twins”; among many other anti-heroes from the musical underground, proving community defies classification.

A Folk Set Apart includes 19 songs (19 on CD, 11 on LP + 8 digital bonus tracks) all remastered for this release. Five of these songs are previously unreleased. The LP is a single vinyl in a gatefold jacket, which includes a printed inner sleeve and an MP3 download card.

McCombs will be playing a string of US dates in the coming weeks. October sees him open for Kurt Vile on the West Coast, and November he’ll be opening for My Morning Jacket on one night of their four-night run at New York’s famed Beacon Theatre.

* with Kurt Vile
& with My Morning Jacket