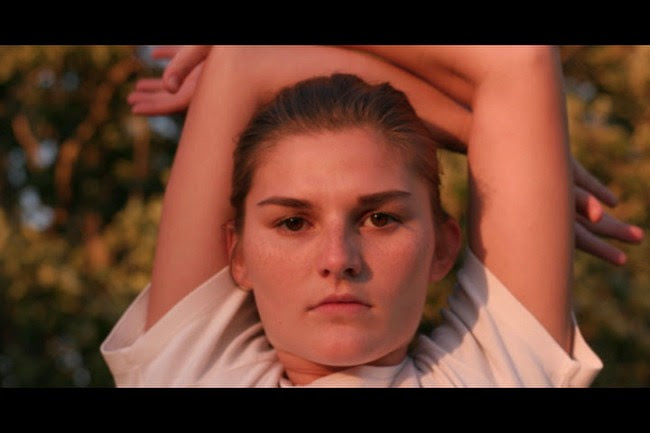 Cass McCombs, released his eight studio album, Mangy Love this summer. Today, he presents the video for “Run Sister Run,” directed by Rachael Pony Cassells and made in collaboration with young Indigenous leader, activist and athlete Tracie Léost and her family.

Born in Treaty 1 Territory of Winnipeg, Manitoba, 18-year old Léost represented her Province at the North American Indigenous Games in 2014, bringing home three bronze medals. She also brought home a very important message, which she heard from the speakers during the Games’ Opening Ceremonies: “Our generation of Indigenous Youth must create change for our people. We are the generation to make change. The people were telling us we are the generation of people that are going to pick up the broken pieces because our nation of Indigenous people has been broken. That’s when it hit me, standing with over 4,000 athletes from across North America, that if I want create change for North America Indigenous People, these are the people that are going to support me, but also the people that it will impact the most.” That following summer, Léost ran from her grandparents house in Oak Point, Manitoba to the Monument for Murdered and Missing Indigenous Women at The Forks in Winnipeg, 115 km in 4 days to raise awareness about the ongoing national crisis. Her run gained international press and raised over $6,000 for the Winnipeg grassroots non­profit organization, Families First Foundation, which provides financial, legal, cultural and spiritual aid to families of missing and murdered Indigenous women and girls.

Read Cassells’ statement about the video below, and Rebecca Bengal’s interview with Cassells and Léost at VOGUE.

“’Run Sister Run’ brought to my mind thoughts of great female athletes ­– their discipline, strength and accomplishment, the ritual of preparation before a race. Women running can be a powerful political act and tool for change. Listening to ‘Run Sister Run,’ I remembered reading an article a friend had forwarded me about Tracie’s solo 115km Journey of Hope run for Missing and Murdered Indigenous Women in Canada last year. Her run was a rally cry against then Prime Minister Stephen Harper’s repeated denial of a proposed public inquiry into MMIW in Canada. She was to me the embodiment of the archetype of the runner as messenger and therefore as protector. Her strength and determination is very inspiring. I remembered reading about Tracie’s feet being shredded from blisters on the first day of her run and how she kept going by running a day in traditional moccasins to allow her blisters to heal. I contacted her and asked if I she would re­trace her run’s path for the ‘Run Sister Run’ video. She agreed and is such a natural leader, she also became my location producer, enlisting her whole family to help. We had almost all of her original Journey of Hope support and logistics crew involved in helping me re­create her journey for the video.