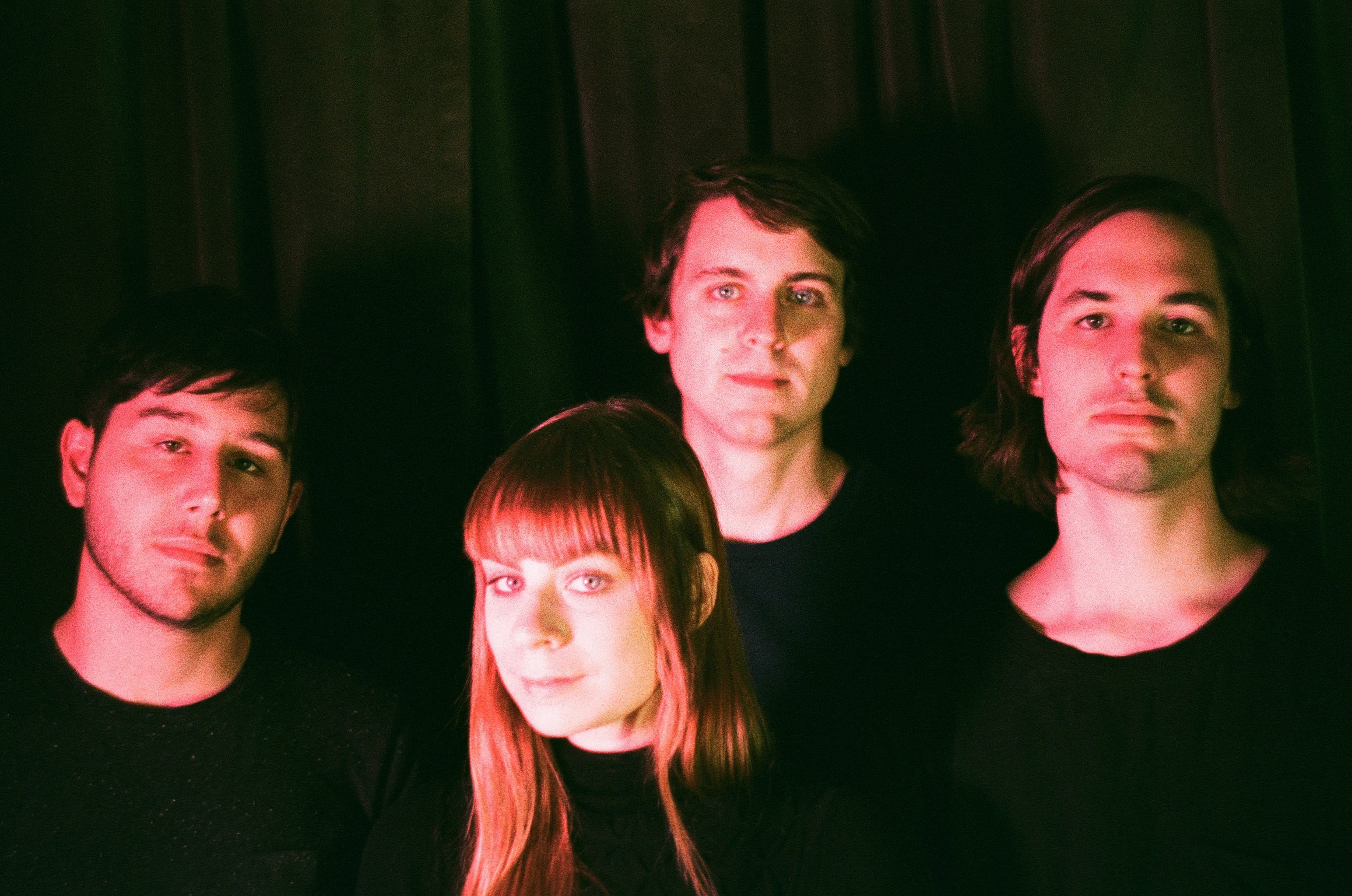 Last month Casper Skulls announced their debut LP Mercy Works with the premiere of “You Can Call Me Allocator”. Today, the band have released the album’s latest single, “Lingua Franca”. The song is the first to highlight the band’s co-lead vocalist and songwriter Melanie St. Pierre. Casper Skulls have also announced North American tour dates, Land of Talk, Weaves, And The Kids, Partner and Baked.

Melanie St. Pierre on the single:

“When thinking about relationships it’s easy to focus of the highs and lows instead of the small grey areas where things are maybe more neutral. That’s the main focus of ‘Lingua Franca.’ ‘Lingua Franca’ by definition is a common language spoken between people who’s native languages are different. Communication is the cause of a lot of friction in relationships and often once the communication is lost so is the bond between people. I think when we were working on the song we wanted it to sound different depending on the listener. I think it can be heard as both a breakup song or a song for the grey area in a relationship. The song never quite tells you what’s happening which I think plays into the irony of the title.”

Mercy Works was recorded in early 2017 with co-producer/engineer Josh Korody (Fucked Up, Dilly Dally), and mixed by Alex Newport (At The Drive-In, Death Cab For Cutie). While the rough and ready post-punk and lo-fi early ’90s indie influences present on the band’s first recordings still provide the foundation, there is a sense of scale on display in their swelling guitar figures and sweeping string arrangements (provided by Toronto musician Paul Erlichman) that is mirrored by the songwriting of dual lead vocalists Melanie St. Pierre and Neil Bednis. The real-life couple seek to represent lived experience in immense detail – engaging with a diverse palette of references, both musical and lyrical, to explore two intensely personal perspectives of emotional growth.

Thematically, the album traverses various paths of self-exploration, from relationships to politics to death and grief, in a language inflected by an immersion in several generations of experimental guitar music, and an ambivalent grappling with the reverberations of a Catholic upbringing. Whether drawing on the poetry of William Blake (“What’s That Good For”), the dystopian sci-fi of Philip K. Dick (“Colour of the Outside”), or ruminating on mortality and evolving personal/cultural legacies through Elvis Presley and Paul Simon’s trips to Graceland (“You Can Call Me Allocator”), St. Pierre and Bednis collect pieces of the world around them and imbue them with new meaning as they attempt to understand their place in it.

Bednis explains his inspiration behind the swirling standout “I Stared at ‘Moses and the Burning Bush’”, a song about the role of religion in his own experience of grief constructed around a reference to a painting by the ’80s pop artist Keith Haring:

“I like the idea of exploring biblical imagery without necessarily picking sides,” says Bednis. “It’s rationed throughout the songs what my stance is, if I even have a stance. I find that religion can be therapeutic when people in your life die. When my uncle passed away, I remember sitting in the pew having the idea for the song. That day I was really contemplating the role religion plays in grief and death. Keith Haring’s weird take on a biblical story also made me feel OK about diving into that realm. Religion doesn’t necessarily need to be a sacred thing.”

The driving force behind Mercy Works is the band’s irrepressible desire to pursue new ideas and explore the expressive possibilities of the music they make. Reflexively humble, and infectiously enthusiastic, Casper Skulls are a group that see themselves as being at the beginning of their journey, an enticing prospect given the self-assuredness that underpins their debut.

“It’s so exciting to make music when you can explore what you want to explore,” says Bednis. “Where we can go in terms of sound is endless. We’re big ambient music nuts so it’d be great to make an ambient record after this one, or an acoustic album. The goal is to be as freely creative as we can be as four people.”

“We’re really only at the start of being a band,” St-Pierre agrees. “Our records don’t have to move mountains as long as we’re being true to our own ideas. We want to be a slow burning candle.