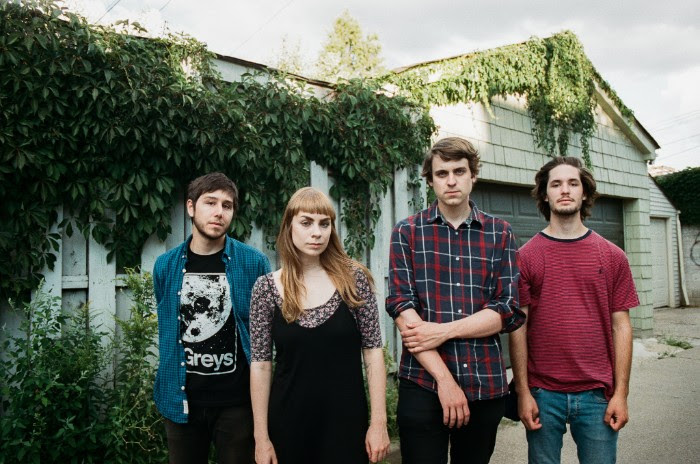 Casper Skulls have shared their new video for “Love Brain.” The track is off their debut EP Lips & Skull which is out today via Buzz Records.The EP arrives at the end of what has been a busy first year of existence for Casper Skulls. Following an early 2016 Canadian tour supporting Solids and the Dirty Nil, the band began working on the EP in February with Josh Korody (Dilly Dally, Fucked Up, Beliefs) and producer Shehzaad Jiwani of Greys. Inspired by the friendship between Tom Verlaine and Richard Hell as depicted in correspondence between the two reproduced in Hell’s memoir “I Dreamed I Was a Very Clean Tramp,” letters from which the band takes its name and the EP gets its title, Lips & Skull introduces Casper Skulls by capturing them at a crucial moment of their development, exploring the different facets and avenues of influence that define their sound. Vocalist/guitarist Neil Bednis depicts the EP as “a document of some of the earliest songs we worked on together.”

“Love Brain” is the third single from Lips & Skull and the first Casper Skulls track to feature guitarist Melanie St-Pierre as the lead vocalist. The video was directed by Shawn Kosmerly and depicts the aftermath of failed relationship that has persisted in a state that St-Pierre describes to Noisey as “a feeling where you’re not in love with someone but you try and convince yourself that you are, so you stay with them even though you make each other miserable.”

In support of the EP the band have announced a North American tour which includes their first shows in the US. Details can be found below.