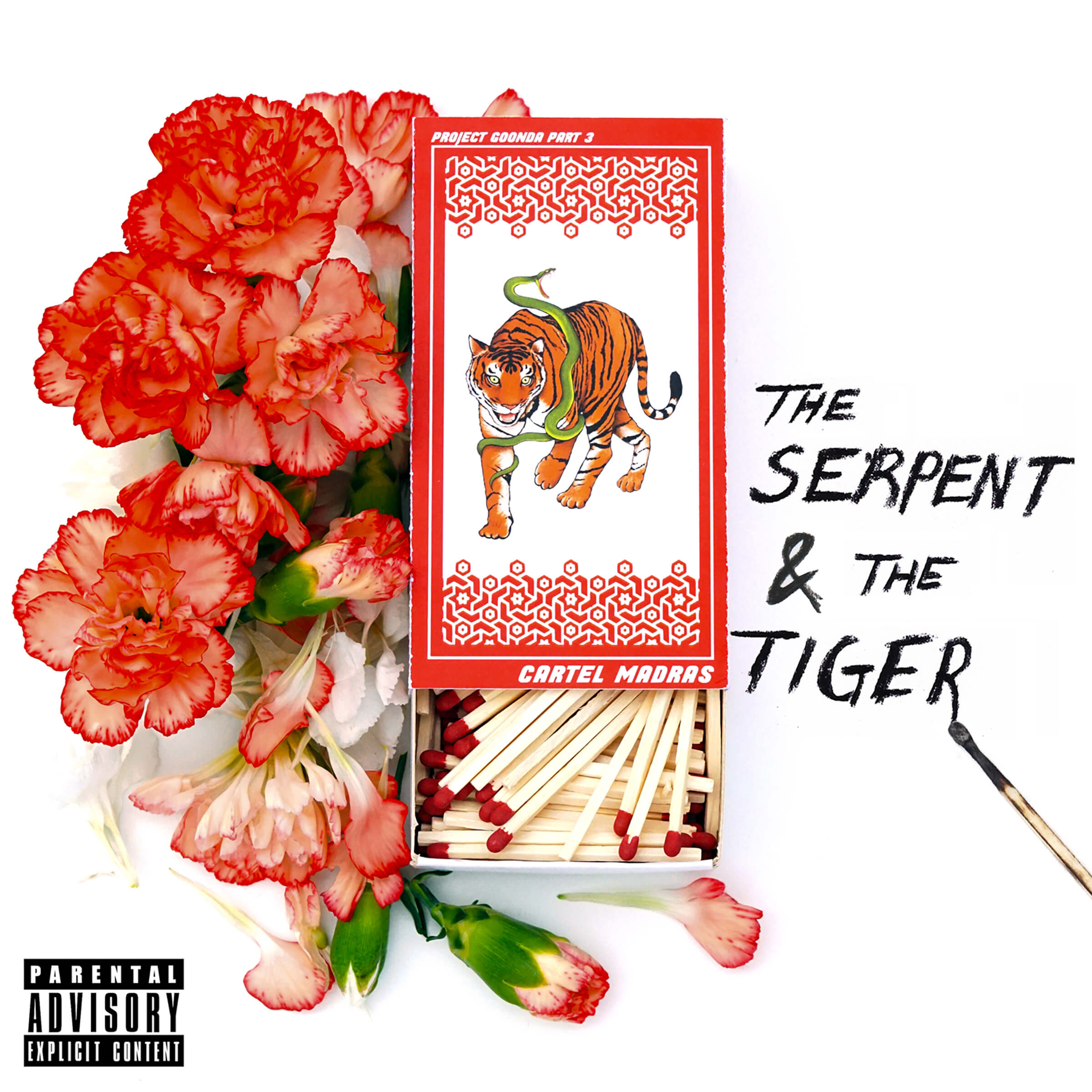 The Serpent & The Tiger

Any rappers who don’t want their guests to steal their spotlight for even a second needs to steer clear of Cartel Madras. This hip-hop duo, composed of sisters Eboshi and Contra, know how to rap in the same way the Williams sisters know how to play tennis. While The Serpent & The Tiger, the third and reportedly final entry in their Project Goonda series, isn’t perfect, it has the kind of energy and versatility that should keep Cartel Madras on the lips of serious rap fans.

Born in Chennai and raised in Calgary, Cartel Madras utilize cross-cultural influences to create a new kind of music they call,“Goonda rap,” with elements of R&B, house, psychedelic, and punk and more blending together with minimal awkwardness. Brimming with awareness for their heritage and experiences as queer people, The Serpent & The Tiger’s intensity is so palpable, it’s like being at one of their famously intense shows, at which Contra says she wants to attendees of “to feel like they’ve been punched in the face.”

The Serpent & The Tiger certainly hits hard, but its blows are delivered with purpose. Eboshi and Contra eschew labored introductions and jump right into sharp flows on opener “FEAR AND LOATHING.” On standout track “The Green Scare,” an ode to money becomes something more in the hands of Cartel Madras, producer Dias and featured rapper Airospvce and his captivating drawl. The sisters are both adept at playing off of each other and handling the spotlight themselves, with solo numbers “EBOSHI’S NEVADA” and “CONTRABAND” each working great. The contemplative vibes of the latter, with its refrain of “Always feel like I’m running out of all my time” show a knack for articulating mindsets that are painfully universal.

The album is so tightly focused, that when it starts to drift, it’s hard not to notice. “Dream Girl Concept” concludes with an extended slow-down section that never really goes anywhere, and the momentum of “DRIFT” is slightly derailed by a “Pass that spliff” refrain that feels beneath their abilities. Lyrically, there are no blunders to speak of on “The Serpent & The Tiger,” but there also aren’t many lines that stand out as much as their deliveries do. Cartel Madras have nailed the attitude, but not always the inspiration.

But while writing abilities can be further honed, presence is an indelible quality that Cartel Madras have in spades, much like their influences, including M.I.A., Freddie Gibbs, and Clipping. At it’s best, The Serpent & The Tiger doesn’t ask to be listened to; it demands to be felt.

Pre-order The Serpent & The Tiger by Cartel Madras HERE