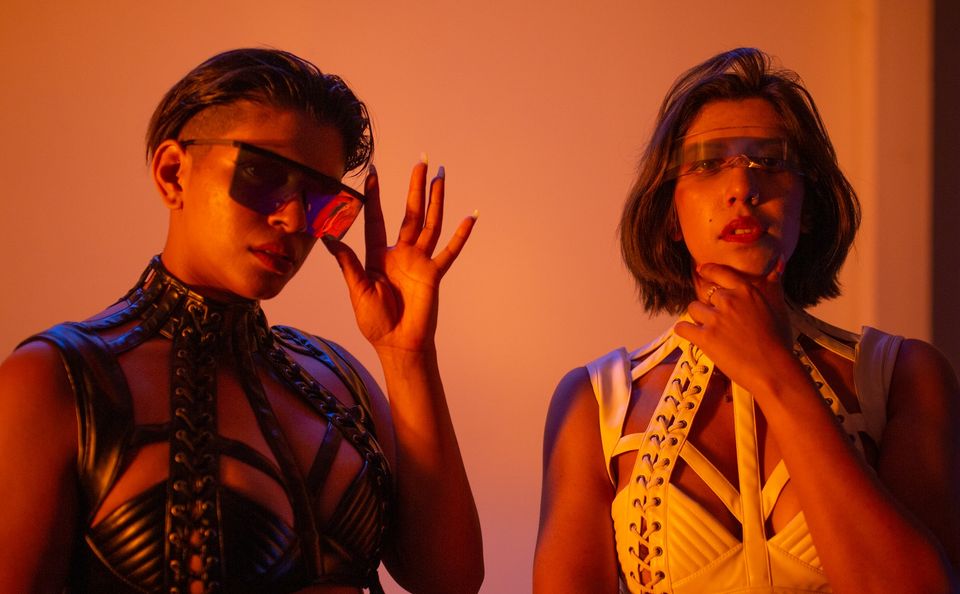 Cartel Madras have released a new video for “Working” the clip was directed by the group and Gabriela Osio Vanden. The visual, which stars the duo and fellow THOTNATION collective member Jide (who produced and mixed the song), saw its premiere earlier today at Berlin’s Pop Kultur Festival. “WORKING” marks Cartel Madras’s first new material since the release of their Age of the Goonda EP late last year, and is available via Royal Mountain Records/Sub Pop.

“Ever since “Housey” off of our first mixtape, Trapistan, we’ve been really excited to make our next house track. In terms of hip house, we’ve been influenced by the likes of sharp lyricists with strong aesthetics such as Azealia Banks and Cakes Da Killa; they’ve been genre touchstones for us since before Cartel Madras. Much like “Housey”, “WORKING” is a queer, party track which pulls from our experiences as bad bitches in the music scene from the LGBTQ+ community. Once Jide, also a member of our collective, made us this beat we knew exactly what we wanted to do with it. This video is a love letter to the campy, colour coded Eurodance videos of the 90s.” And producer Jide offers this, “”WORKING” is heavily inspired by artists like Disclosure and Geotheory. I wanted to go for a vibey UK House track. I wanted some tension and didn’t want to give it to you all at once.”