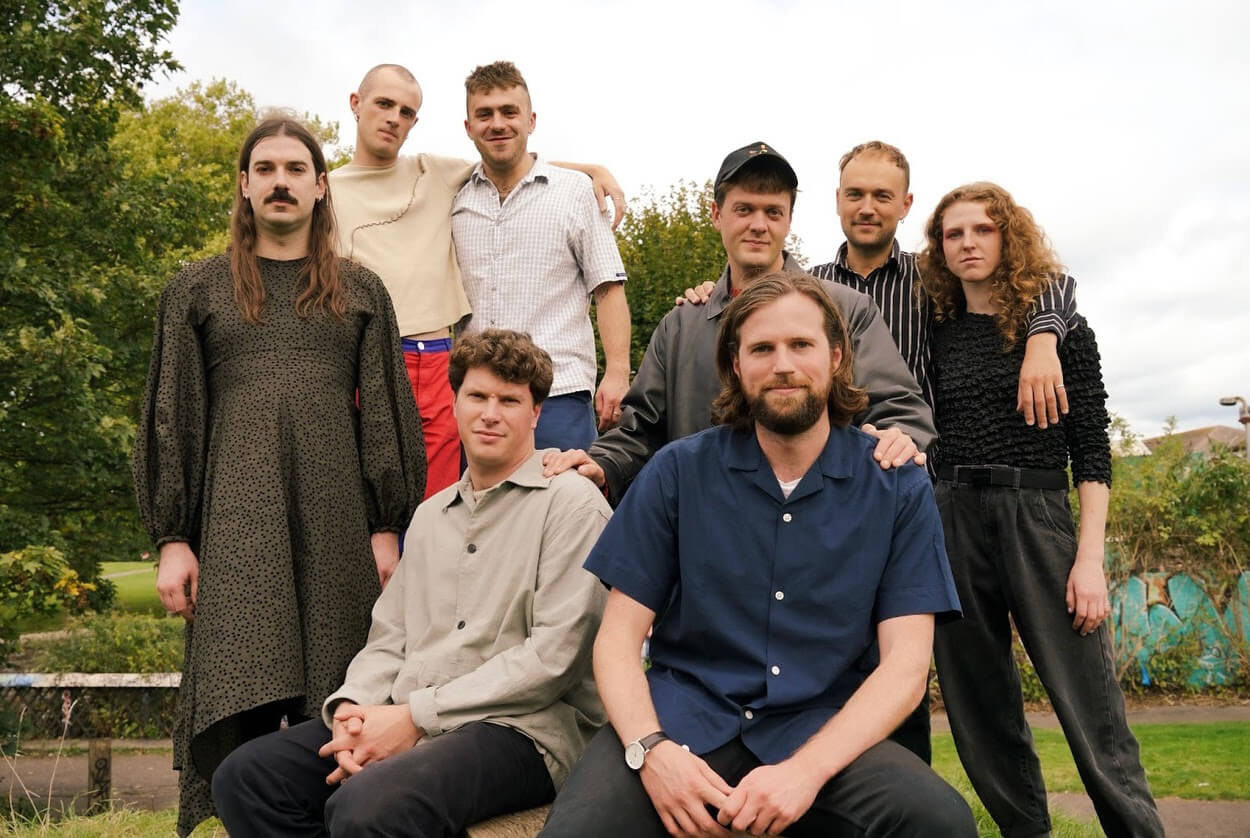 caroline, have shared new single “Good morning (red)”
Share on TwitterShare on PinterestShare on PocketShare on RedditShare on FacebookShare on Email

caroline, have “Good morning (red),” the single follows London band’s previous single “IWR”, both off from their debut album which will be released on Feb 25, 2022 via Rough Trade Records.

“Good morning (red)”, “We wrote the basic electric guitar parts, drums and “Good morning, it’s that time again” vocal line in early 2017 and used to play it as a loop for ages, twice as fast as it is on the recorded version, as this kind of never-ending, triumphant emo song. It felt like there was something to be hopeful for in early 2017. This very damaging political consensus was being challenged and there was a real sense that things could be different. That feeling is maybe best summed up by [guitarist/vocalist] Casper Hughes’ shouting (“Can I be happy in this world? We’ll have to change it, it doesn’t suit us.”) As we got interested in other sounds and recording techniques, we always came back to ‘Good morning’, reworking it and developing it in line with whatever we were interested in at the time. In its final recorded form, it’s kind of a song in two halves. The first half is how the band started: us playing a long song live in a room. And the second half is more what we are interested in now: different recorded worlds co-existing and colliding with one another. It’s the first song we ever wrote so it’s exciting that people are finally going to hear it in recorded form.”

Their debut album caroline was mixed by John ‘Spud’ Murphy (black midi, Lankum). On it, songs can cascade like an avalanche with the full force of so many instruments, squalling and rumbling on the edge of all-out collapse. At other times they slip back into impossibly fragile moments of quiet – a simple bassline or a rattle of snare the only sound amid a dark sea of silence. caroline know exactly the right balance between restraint and release. “Sometimes things sound much better when there’s empty space,” says Llewellyn. “Sometimes you might populate [a song] with too many things and forget that an element on its own is enough.”