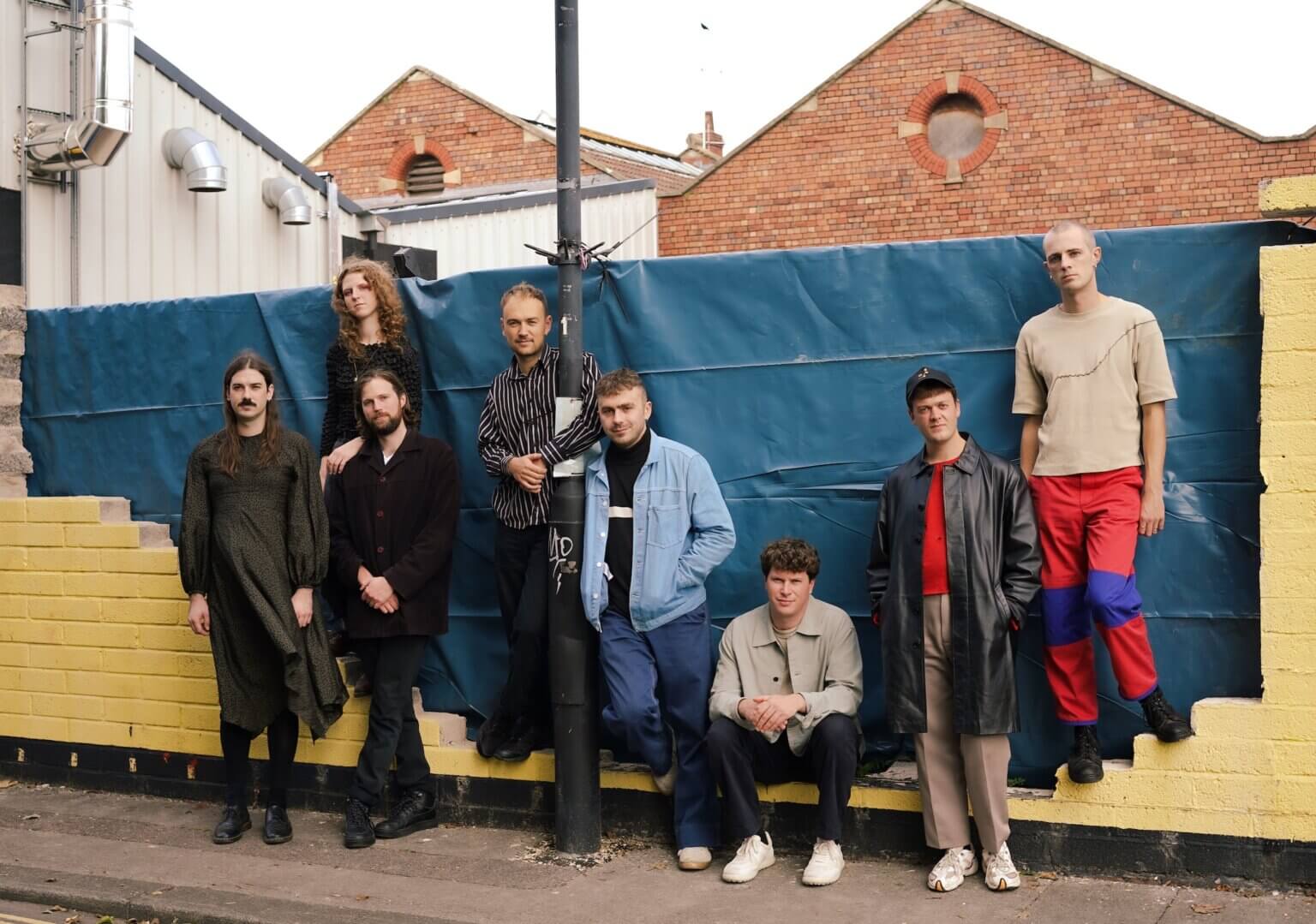 UK band caroline, have announced their debut self titled full-length, mixed by John ‘Spud’ Murphy (black midi, Lankum), will be released on February 25, 2022 via Rough Trade Records. Ahead of the the album’s release, the band have shared a self-directed video for “IWR.”

Mike O’Malley explains the thinking behind new single ‘IWR’, “Jasper was sending a lot of home-recorded nylon guitar and singing ideas, and one just stuck because it was just a really beautiful vocal melody. We had an initial guitar-based idea, then we decided that on a certain chord this wall of violins should come in.” They experimented with an idea of “extreme closeness,” recording the guitar as quiet as possible, with the microphone placed right next to it and the gain turned up to the maximum.

A version of ‘Dark blue’, caroline’s first single opens the album, written on the day Casper Hughes, Jasper Llewellyn and Mike O’Malley first started playing together half a decade ago. Llewellyn and Hughes met at university in Manchester, and on moving to London invited Llewellyn’s old friend Mike O’Malley to form a group, rehearsing in the upstairs room of a South London pub. Yet as they kept on playing that hypnotic ‘Dark blue’ riff, it became clear that something altogether deeper was emerging. “As soon as ‘Dark blue’ became more structured, we thought some swoony violin would be good,” says O’Malley. To provide it, they recruited Oliver Hamilton, who had also had a stint on bass in their early days.

As the band’s sound kept expanding, so too did their line-up, eventually becoming an eight-piece completed by trumpeter and bassist Freddy Wordsworth, another violinist Magdalena McLean, percussionist Hugh Aynsley and flute, clarinet and saxophone player Alex McKenzie. By the time the cast settled towards the end of 2019, the songs too were expansive and emotive pieces, their rich palette drawing on a mixture of choral singing, Midwestern emo and O’Malley and Llewellyn’s roots in Appalachian folk.