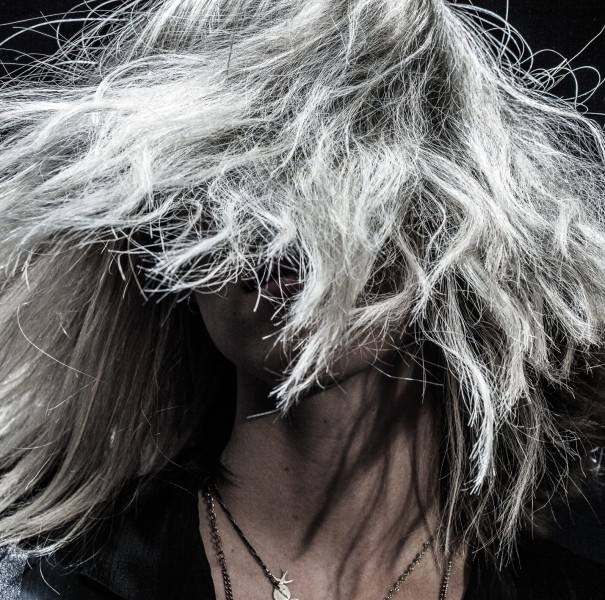 Carmen Villain (aka Carmen Hillestad) was born in the USA, lives in London, and is half-Norwegian, half-Mexican – a cocktail of ice and fire that can be heard throughout Sleeper‘s tempestuous, dreamlike music. Throughout this debut album, lyrics are plastered over loose, abrasive instrumental tracks, on which Carmen plays guitars, bass, drum machines, keyboards and percussion. Sleeper‘s distinctive production was halved between herself and Emil Nikolaisen (Serena-Maneesh), who also played drums and keyboards; and she also collaborated and co-produced one track with Prins Thomas, who sequenced the album. Most of the songs are about escaping an unsatisfying world, with references to sleeping, displacement, anxiety, feeling trapped, but longing for something more. Carmen draws on a lineage of sprawling, taboo-busting lo-fi rock: Sun City Girls, Sonic Youth, Royal Trux, Broadcast, Bikini Kill and The Stooges, and equally admires This Heat and the cut ‘n’ paste productions of J Dilla and Wu-Tang Clan.