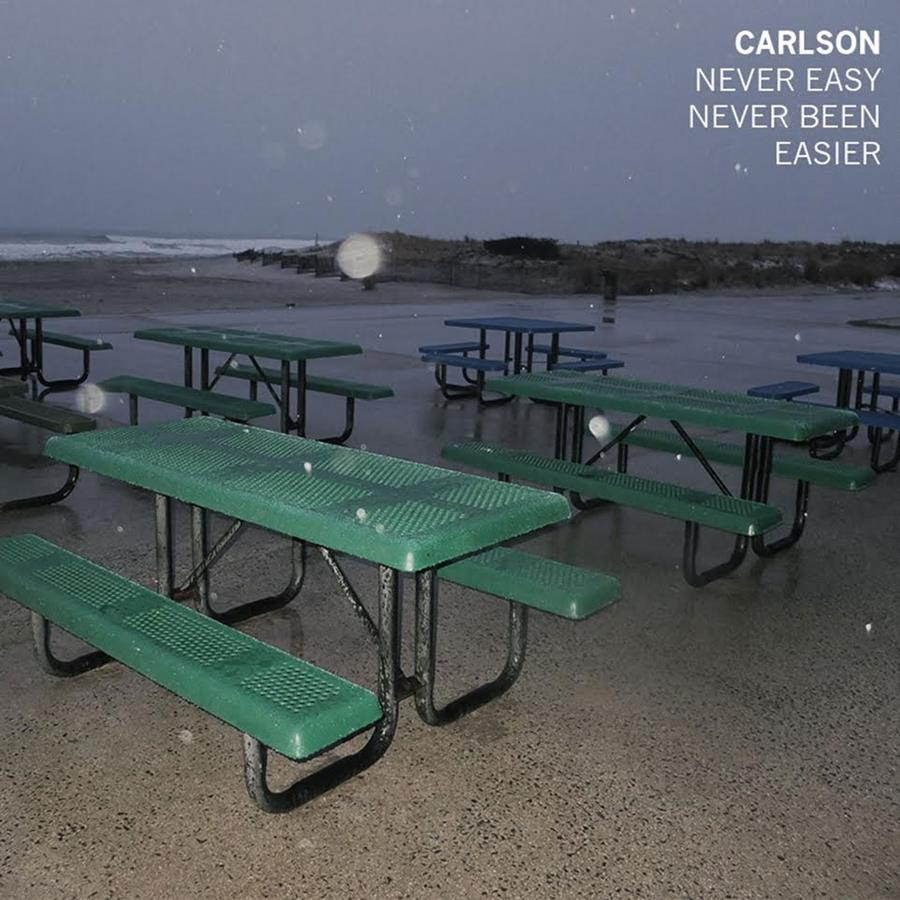 Carlson is a Brooklyn studio engineer / producer who’s worked with artists including Autre Ne Veut, Tim Hecker, and Ariel Pink. His debut full-length is a 40 minute continuous set, easy enough for a casual listen, but banging enough for the dance floor. Today, he shares the track “4” off Never easy Never Been Easier.

The majority of his album Never easy Never Been Easier was tracked with in the confines of his Greenpoint, BK studio, “Garys Electric,” the initial backbone of the project was constructed while working abroad in Nicaragua:

“The sonic palette for this album was created during a surf/recording project I recently had the chance to work on. Every day there was a smooth-boogie / jazzy house party going on at the beach where we surfed. Spending about two weeks there, surfing daily, I got those tones in my head. So I would spend nights in our cabana actually sequencing beats I was hearing all day. At the end of the trip I had hours of free form beats and grooves.”