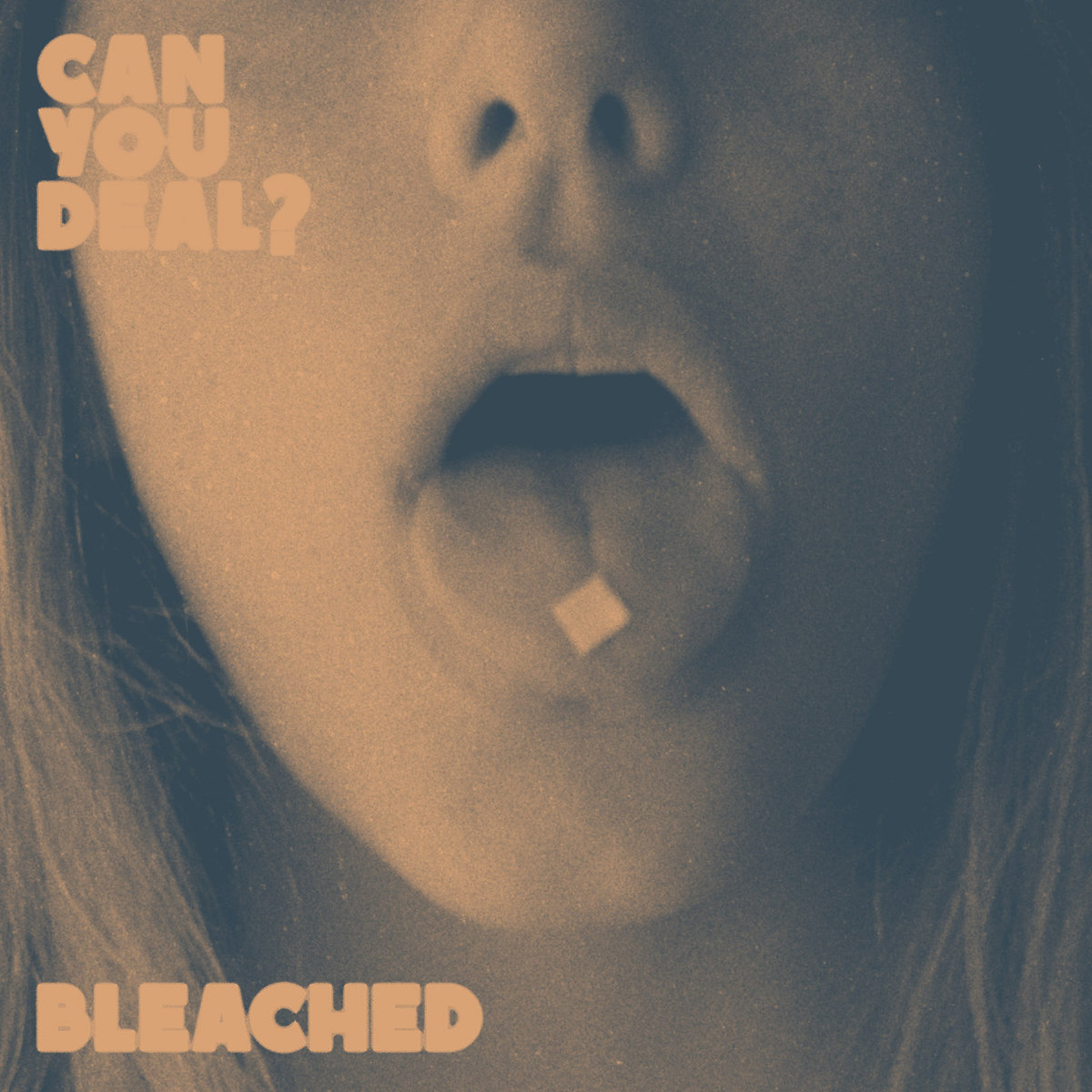 “It’s 2017, Can You Deal with women playing rock ‘n’ roll yet?”. This is the question Jennifer Clavin of Bleached has been forced to ask. After putting out a deeply personal record in the shape of ‘Welcome the Worms’, an album centred around an abusive relationship and battles with alcohol and drugs, Clavin had to keep fielding interview inquiries about what it was like to be a girl in a band rather than the actual art she’d bared her soul to create. Subsequently Clavin has felt the need to react to the Groundhog Day-esque interrogations with the visceral EP ‘Can You Deal?’

‘Can You Deal?’s title track is a direct response to anyone reductive enough to ask questions about gender rather than the music Bleached is making. You can sense Clavin is fidgeting with frustration as the EP kicks off. Clavin recounts many missives where she’s been posed the question about being female in a band “pretty little child/tell me your tale/how’d you find the courage to rebel yell” is just one of many patronising nuggets. The track’s verses deal with the repetition Bleached continually face, with a simmering cool, led by a sauntering fuzzed up riff and lolloping bass and drums. It’s during the song’s chorus where a cathartic release rises to the top – the pace quickens and with it Bleached roar like the pissed off bunch they are. They don’t quite lose their shit but irritation morphs into anger while Clavin chimes “yeah I’m a girl and I play in a band/can you deal?” as the LA band shift into nosier climes.

‘Turn to Rage’ is where Bleached unleash some ire; guitars yowl with a roughed up serrated edge while Clavin states “call me what you like/I’m not trying to make it right”, as if to say, fuck you, it’s your problem if you’re so fixated in me being a girl in a band. Although, themes move from being constantly questioned about being a woman in music to something a little bit more sinister “maybe I want it that way/maybe I wanna be your slave/courage to engage/until it turns to rage” depicts a potentially abusive relationship with a short fuse ready to blow.

The EP’s closing track ‘Dear Trouble’ anchors on more scuzzed up punk but with an ebb and flow where pace and volume is concerned. “You don’t know what it means to come apart at the seams” and “poor Jennifer/I’ve been crazy all of my life/dear trouble go away” talk more about emotions and feeling generally a bit frazzled from the trappings of life. ‘Flipside’, the EP’s poppier moment, finds the outfit exploring the feelings that can be tethered to a certain piece of music and how in one aspect it can be positive but if the album or song is soured by an emotional time in your life, it can be tarnished and become unlistenable.
I know I can deal with women playing rock ‘n roll and there’s millions of other men that can as well – Bleached, keep doing what you’re doing – it’s their problem if they can’t deal with it.