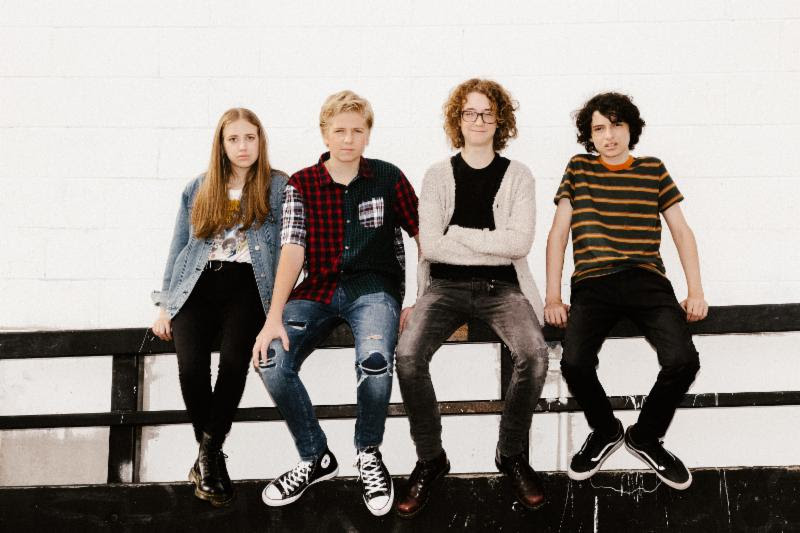 Calpurnia, the 4-piece band from Vancouver led by Finn Wolfhard of Stranger Things and It have today released a new single from their debut EP Scout, out June 15 on Royal Mountain Records. The band’s latest single “Greyhound” is now available to stream.

Scout was influenced by everyone from Mac DeMarco to the Rolling Stones. The band – which in addition to Wolfhard includes lead guitarist Ayla Tesler-Mabe, a six-string prodigy whose bedroom-shredding viral videos have earned her legions of fans on social media, bassist Jack Anderson and drummer Malcolm Craig – all grew up within walking distance of one another.

The band spent 10 days in Chicago last November recording their debut EP with Twin Peaks’ frontman Cadien Lake James serving as executive producer, Calpurnia are primed to let others in on their inimitable union. “It’s like a four-way Venn diagram,” Anderson says of the band’s coalescing musical tastes that seamlessly come together on their six-song debut, a giddy rock riot that sits comfortably at the intersection of classic rock, punk and angsty blues. “We all have our own sounds and our own influences,” Tesler-Mabe offers, “but somehow when we all come together all our different sounds and styles amalgamate to create something new. It just works.”