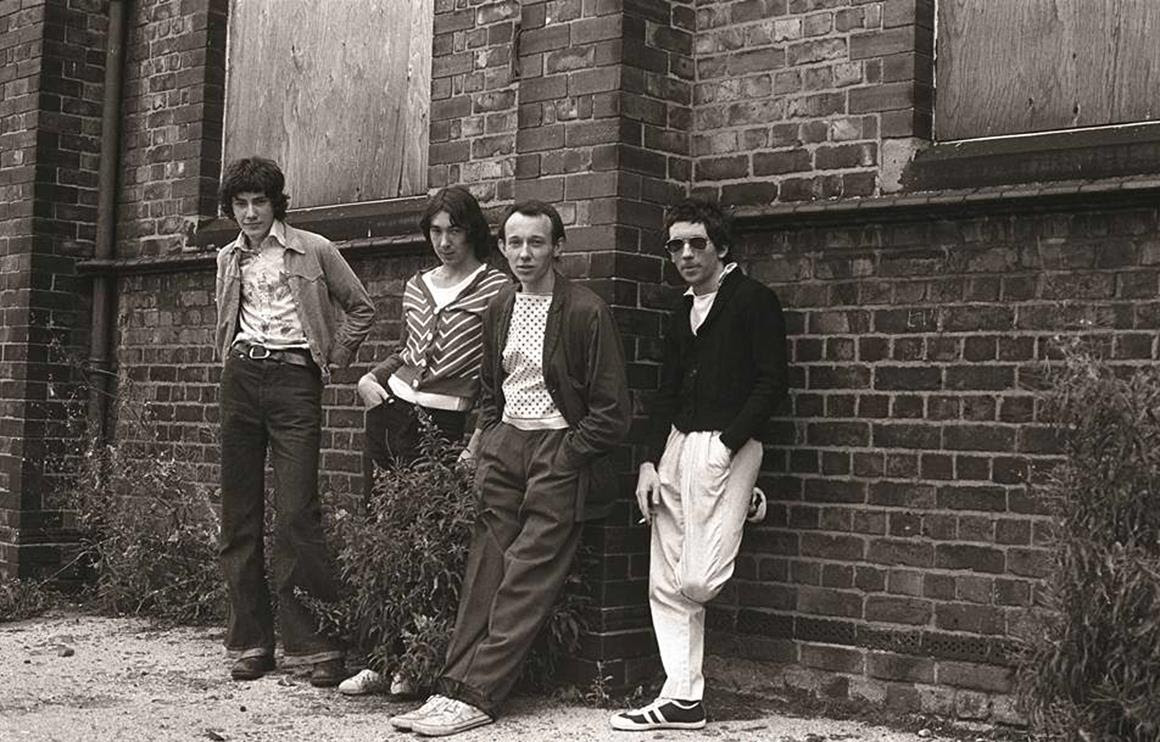 Domino has announced the 40th anniversary of the release of Buzzcocks’ Spiral Scratch EP with its reissue on January 27th, 2017. Time’s Up, the 1976 demos recorded with founder and singer Howard Devoto, and originally released as a bootleg, will be reissued on March 10th alongside the Buzzcocks (mk.1) Box, containing vinyl and CD of both Spiral Scratch and Time’s Up, as well as rare reprinted ephemera of the time. Watch ‘Breakdown’, filmed at Manchester’s Lesser Free Trade Hall shows in 1976.

Howard Devoto read this headline from a January 1976 Time Out review of Rock Follies, the 1970s TV musical drama following the ups and downs of the fictional female rock group, Little Ladies. Devoto adapted and appropriated it as the name for his new band that he had just formed with Pete Shelley, having realized what a Sex Pistol was before anyone else. Buzzcocks formed having witnessed firsthand the white-hot heat of the early Sex Pistols. Howard and Pete went about organizing the now infamous 1976 Lesser Free Trade Hall gigs that brought punk to the provinces and galvanized the new Manchester music revolution. The plan was to simply play support to the Pistols and then see what happened next…

Featuring the original line-up of Howard Devoto (vocals & songwriter), Pete Shelley (guitar & songwriter), Steve Diggle (bass guitar) and John Maher (drums), Time’s Up was recorded at Revolution Studios in Stockport, England on October 18th, 1976. The session, a capture of Buzzcocks’ live set at the time, cost £45 and was engineered by Andy MacPherson.

In December of the same year, the band recorded the four-track Spiral Scratch EP with a minimum of fuss in ‘downtime’ at Indigo Studios, with Martin Hannett (then going under the pseudonym of Martin Zero) producing. The band inexplicably took it upon themselves to self-release the EP, somehow finding the monies necessary to press 1000 copies on 7” vinyl, on their own New Hormones label. The EP sold for £1 a copy. Within days of the initial release, with typical punk chaos and sweet disregard for any cohesive business strategy, Howard Devoto revealed that he was quitting the band. The Spiral Scratch EP quickly sold out of its initial 1000 pressing, went on to sell 16,000 copies over the next six months and is now recognized as one of, if not the, most important records of the punk explosion. It was the first self-released record of its time, with the band responsible for everything, from sleeve design to distribution.

Buzzcocks (mk.1) Box contains 7” vinyl and CD of Spiral Scratch, LP vinyl and CD of Time’s Up and audio & video download codes, plus reprinted ephemera of the time, including assorted 10” x 8” photographs, 1976 gig flyers and posters, pin badges, the Spiral Scratch story and a new re-imagined edition of Manchester fanzine, ‘Shy Talk’ with original contributions from those who were there at the time.