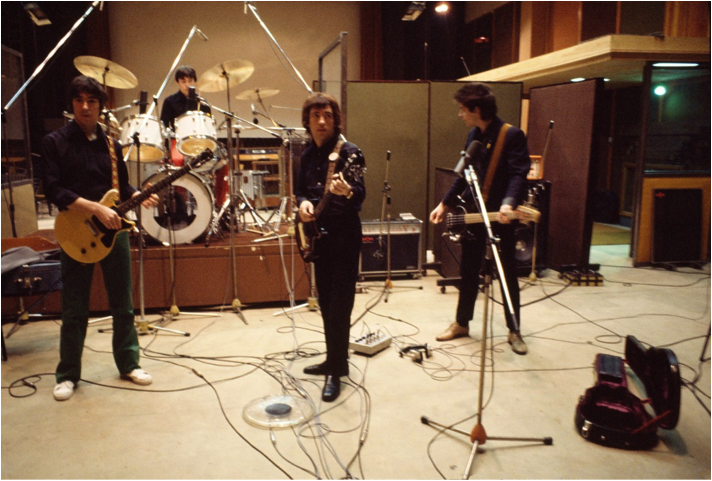 Buzzcocks to be reissued by Domino Records
TwitterPinterestPocketRedditFacebookEmail

Domino Records have announce details of the reissues of Buzzcocks albums A Different Kind Of Tension and Singles Going Steady, which will be available on June 14th. As previously, both albums have been lovingly restored and re-mastered from the original ¼” tapes for the first time and come packaged with lavish booklets containing unseen images and extensive liner notes by famed cultural commentators Jon Savage (A Different Kind Of Tension) and Clinton Heylin (Singles Going Steady).

Faithful to their original tracklistings, the re-issues see the albums released on vinyl for the first time in many years, available on deluxe 180g vinyl and CD.

Their third studio album, A Different Kind Of Tension, was recorded at Eden Studio in West London in the summer of 1979 with producer Martin Rushent, who had worked on their previous two albums.

Their last studio album to feature the line-up of Pete Shelley (vocals / guitar), Steve Diggle (guitar / vocals), Steve Garvey (bass) and John Maher (drums), it was released in September 1979 and featured a distinctive cover by Malcolm Garrett who had provided the artwork for both Another Music In A Different Kitchen and Love Bites.

Singles Going Steady was initially released in the U.S. on September 25th, 1979 via I.R.S. Records.Originally a U.S.-only release, put together as an introduction to the band for the American public, side one featured their eight United Artists U.K. singles releases to date in chronological order, while side two featured the corresponding B-sides. The compilation perfectly captured the band’s effortless ability to write three-minute-mini-masterpieces that would endure long after the initial spark of punk had faded.

After recording demos for a fourth album, the band finally disbanded in 1981 with Shelley going on to a successful solo career while Diggle and Maher formed Flag of Convenience and Garvey formed Motivation and would later join The Blue Orchids. Re-forming to play a series of shows in 1989, the band eventually released their fourth album, Trade Test Transmissions, in 1993 and subsequently continued to tour and record albums featuring original members Pete Shelley and Steve Diggle, until Shelley’s untimely death in December 2018.