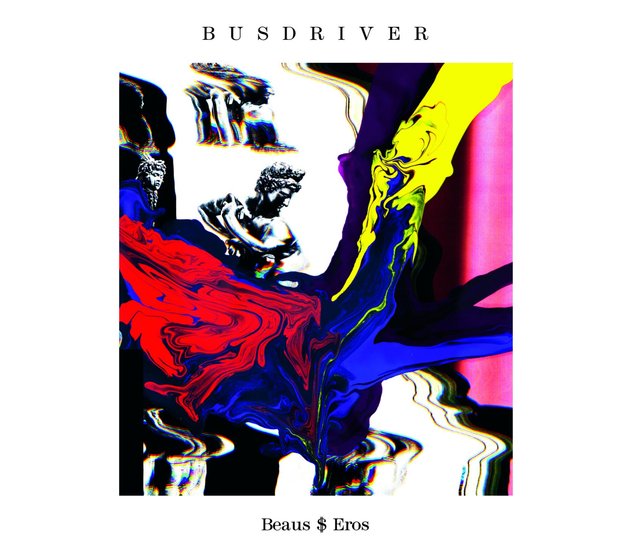 Disclaimer: I am a white Canadian who started listening to music in the late 80’s, which meant that I was exposed to and enjoyed hip hop just like most young kids my age. Acts like Run DMC and Public Enemy were mainstays along with a variety of other hip hop acts that became staples on the high school dance floor. Sometime in the 90’s something terrible happened to hip hop (all music actually), and I lost interest, so I have to confess I don’t really know much about what’s been going on lately in that world.

It seems though that Busdriver and I have a something in common, we’re about the same age, and judging by his repertoire he’s been a bit disillusioned with the hip hop scene and has carved his own niche built on unique hooks and intelligent lyrics. Perhaps not surprisingly he’s only been able to gain a modest following, but because he’s gone against the norm, he’s alienated himself by not getting on MTV and therefore has not been able to get played in Da Club’s. So how can an intelligent Hip Hop artist get noticed these days without resorting to gang or sexist imagery?

Thus has been the quest of Busdriver’s career as he releases his 11th album Beaus$Eros. His website states that this new album will “shock fans and confuse the unconverted into unwilling servitude”. So I suppose he’s succeeding in half of his mission because I am confused, but I don’t think I will bow down to unwilling servitude. There’s definitely a lot of interesting tracks on this album, but there’s also a lot of what I can only surmise as experiments of Busdriver diversifying his musical tastes. You would even say that this album doesn’t even belong in the hip hop genre, as it strays a lot closer to electronic pop. His roots come through in his admonishment of rap culture in “You Ain’t OG”, but the song comes off with such a whimsy that any OG that is listening will probably be so bewildered that he won’t even realize he’s being rebuked. “NoBlacksNoJewsNoAsians” is the first single off the album, and it does hark back to the political rap of Public Enemy that our generation grew up on, and is strong enough that it’ll get lots of plays with even the most disillusioned youth of today. At 2 minutes though and buried in the middle of the album, it seems as if Busdriver only throws these little nuggets on the
album begrudgingly. He seems more willing to dabble in longer tracks that come off as mediocre “electronic hop” (Did I just make that up? Or is that thing?). In “Here’s To Us” Busdriver perhaps reveals his ultimate motive of apathy in not achieving fame, and just staying true to his own M.O. He doesn’t care if you don’t like it, he’s happy with himself and the people that do like it. Beaus$Eros unfortunately shows what Busdriver has always been, an above average rapper who commands respect, but is unable to string together a cohesive musical album.