“Burden You” by Pity Sex 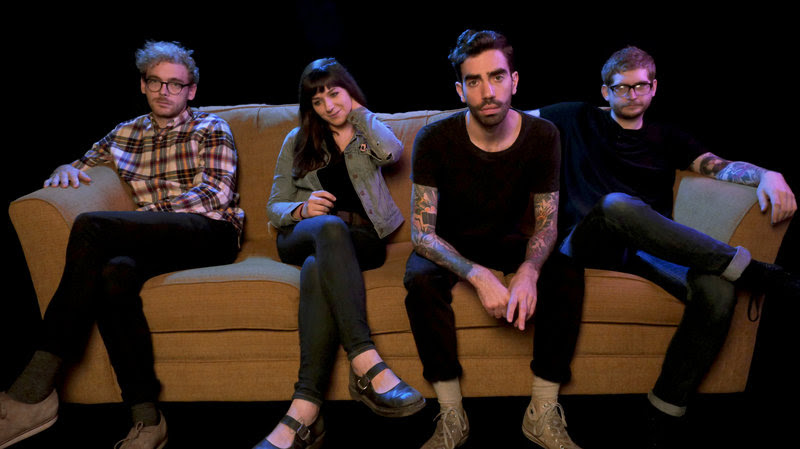 After touring with Ceremony, Eskimeaux, and Colleen Green, and the recent release of their single and video for “What Might Soothe You”, Pity Sex have revealed their new album full-length White Hot Moon. The album comes out on April 29th, via Run For Cover. Today, the band have premiered the lead-track “Burden You”. on the new album. the band was looking to wide-screen albums by Yo La Tengo and Sonic Youth for inspiration. As Sean St. Charles explains, “We thought a lot about pop conventions and how they work, and we’re purposefully playing around with that.”

Produced by Will Yip, the 12 original songs of White Hot Moon showcase some of the most collaborative songwriting in the band’s career, and that spirit has taken them in new directions.

It’s two distinct attitudes toward songwriting that fuel Pity Sex’s creative fires, with Drake and St. Charles not so much competing as complementing one another’s style, a confluence that enriches ‘White Hot Moon’ and encourages compositional complexity and a shared affinity for pop solidity in equal measure. For instance, St. Charles and Drake both offer takes on romantic longing in “Bonhomie” and “Burden You,” respectively, and while St. Charles’ lyrics offer a more metaphorical vision of being hung up on love (“Electric tape for you, / Bound arms and legs for you”), Drake cuts to the quick with a sharp directness (“I want your summer’s salty skin, / Without yours, mine is wearing thin”) that levels the listener in equal measure. As St. Charles puts it, “It’s the idea that you can take a mundane life, and it becomes different in a slightly ‘off’ world-like, you spend winter sitting in your room everyday, and the details around you become boring. But in those instances, the smaller peculiarities stand out. The little details become more meaningful.”

But Drake has her own approach to the songs she brings to the band. “I’m not interested in hearing about someone’s mundane day-to-day life,” she says. “Love and relationships-not just romantic relationships, but in general-are things everyone can relate to, and I tend to gravitate towards universal experiences. People are the main inspiration for me.”