On September 30, Buck 65 – “a major rhymer, performer, storyteller, humanist visionary, and student of the DJ arts” (Robert Christgau) – will release his new album ‘Neverlove’ on Warner Music Canada. “Neverlove is a divorce record, plain and simple,” he says. “The old albums were made of wood; this one is made of steel. It doesn’t sound like anything I’ve ever made before.”

As an album preview, Buck 65 has released the song “Only War” which blends the twitchy beats of trap music with a soaring operatic chorus sung by Tiger Rosa as one of nine songs to feature soaring female singers complementing Buck’s gruff delivery. Watch the “Only War” lyric video below to get a taste.

Though inspired by a dark time in his life, songs like “Heart of Stone” and “A Case For Us” are among the catchiest of his career. His old Anticon labelmates Alias and DJ Mayonnaise produced the hard-hitting opener “Gates of Hell” and Broken Social Scene’s Justin Peroff played drums on several songs. Other producers on the album include Dean Nelson (Beck, Charlotte Gainsbourg, Thurston Moore), Martin Troemm, and Sunclef.

The album adds to a small tradition of divorce records like Bob Dylan’s ‘Blood on the Tracks’ and Marvin Gaye’s ‘Here My Dear.’ “‘Neverlove’ is about the heartbreak, confusion, anger and madness I experienced after losing a love I expected to last the rest of my life,” Buck says. “Making this record is how I got through a terrible time in my life. I hope I never write another one like it.” 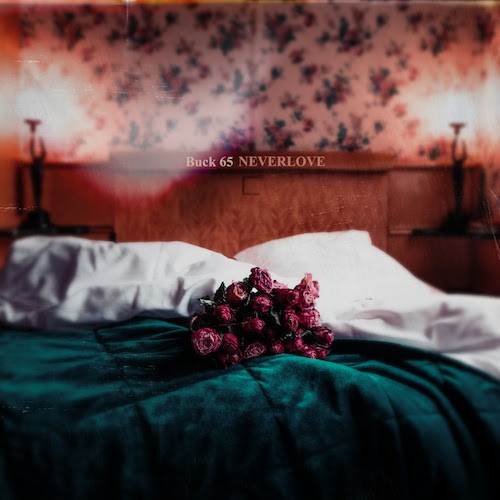