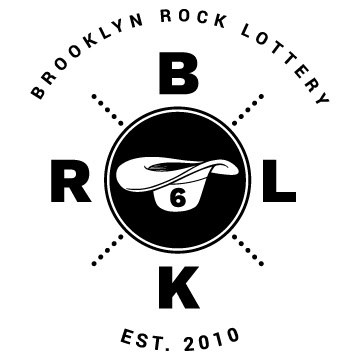 It is the 6th anniversary of Brooklyn Rock Lottery on December 12th at Knitting Factory. Rock Lottery’s premise is the same as years past. Twenty-five hand picked musicians meet at 10:00AM at Knitting Factory. These volunteer participants are organized into five groups through a lottery-based chance selection. The five separate groups are then released to practice at different locations throughout the neighborhood. The musicians have twelve hours to create a band name and three to five songs (with a one cover-song limit). The groups will then perform what they have created that evening in front of a waiting audience.

All proceeds from Rock Lottery go to a local charity––this year proceeds from Brooklyn Rock Lottery 6 will be donated to Daniel’s Music Foundation, a non profit organization that provides recreational music programs to individuals with developmental and physical disabilities, ages three to adult in the NYC area.