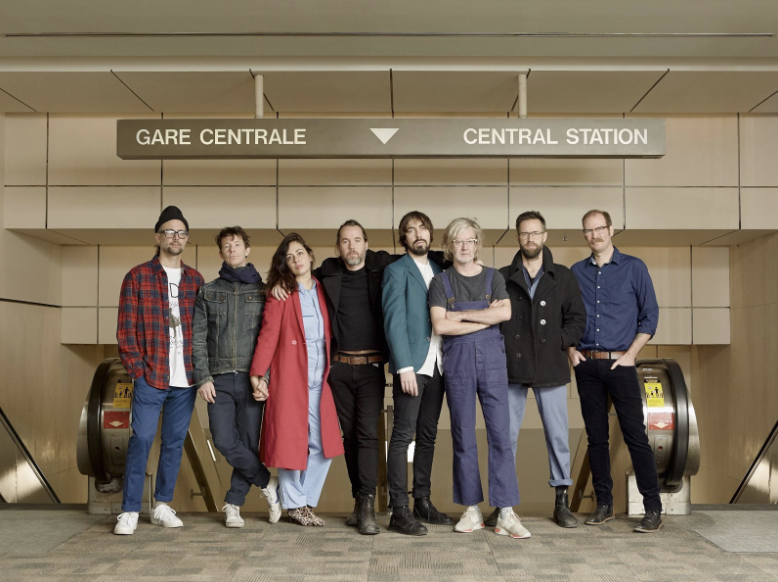 After recently revealing Let’s Try The After, Vol 1, Broken Social Scene are back with another announcement, companion EP, entitled Let’s Try The After – Vol 2, which will be released on Arts & Crafts on April 12th, 2019. The second EP’s first song, “Can’t Find My Heart.”

“Sickness, suicide, uprise, love, death, betrayal, hurt, joy, sex, communication, battles and divisions … Let’s just get to their after and start building again. How do we do it within the isolation of self prescribe empty popularity? How does the ego revolt? How does the heart win? Can it? Maybe after we will find out.”

Broken Social Scene is less a rock band than an embodiment of an ideal of music. The collective can be 17 musicians, brought together in search of a common goal – a unique clearing house for many of Canada’s most talented musicians – or Broken Social Scene can be the smallest, most intimate affair. Their two new EPs, Lets Try the After Vols 1 and 2, celebrate every facet of their creativity. Much like the songs on Vol 1, the tracks on Vol 2 are nakedly emotional, celebrating life in all its complexities – and which also, by extension, celebrate the very act of carrying on, for Broken Social Scene as a band and for us in a fractured world. All of the songs exhibit the band’s tremendous gift for pop that refuses to sit still, that combines experimentation and melody.