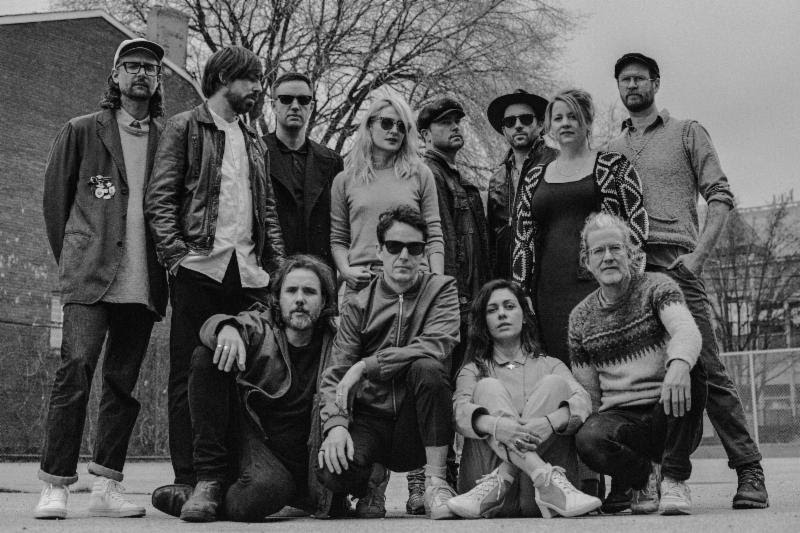 Broken Social Scene today released “Stay Happy,” the fourth song from their upcoming album Hug of Thunder. Led by the vocals of newcomer Ariel Engle. The tour will follow the release of Hug of Thunder, out on Arts & Crafts on July 7th. The band have released three songs from the record to date, listen to “Halfway Home,” ” Hug of Thunder,” and “Skyline” now.

Broken Social Scene recently announced a run of West Coast dates in addition to their previously announced 2017 tour dates. The West Coast tour, which are their first West Coast shows since 2011, will kick off in Vancouver on October 21 and wrap up in Los Angeles on October 28 with The Belle Game opening these shows. The band has also announced three special performances opening for Arcade Fire in Canada on November 1 in Windsor and November 3 and 4 in their hometown of Toronto.

Produced by Joe Chiccarelli and mixed by Shawn Everett, Hug Of Thunder is an album overflowing with open chords, multi-voice harmonies, spacious psychedelia-tinted breakdowns, and more. It is a panoramic, expansive album that manages to be both bombastic and intimate; and like all things BSS, in troubled times, it offers a serotonin rush of positivity.

~ – with The Belle Game
* – with Frightened Rabbit
# – with Arcade Fire