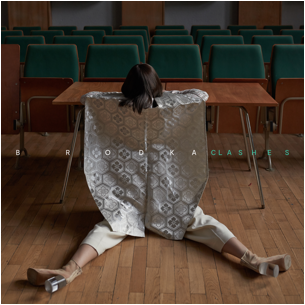 Alongside the recent news of her debut English LP Clashes (due out May 13th on Play It Again Sam) and the sharing of the dark, dystopian video for first single “Horses”, Polish singer/songwriter Brodka has debuted another cut off the album “Santa Muerte”. The track-inspired from a trip to Mexico-is propulsive and delicate, capturing Brodka’s nuanced reflections on death. She explains: “I was really surprised by how people treat death there. Young kids from a very early age are taught not to see it as something depressing, but something that tells you about the next life, and not really in a sad way. The song is like a conversation with death but treating it as a conversation with a friend. We have this relationship with death all of our lives”.

Having already released three albums in her native Poland, including 2010’s Granda, Clashes will mark her first release in English.