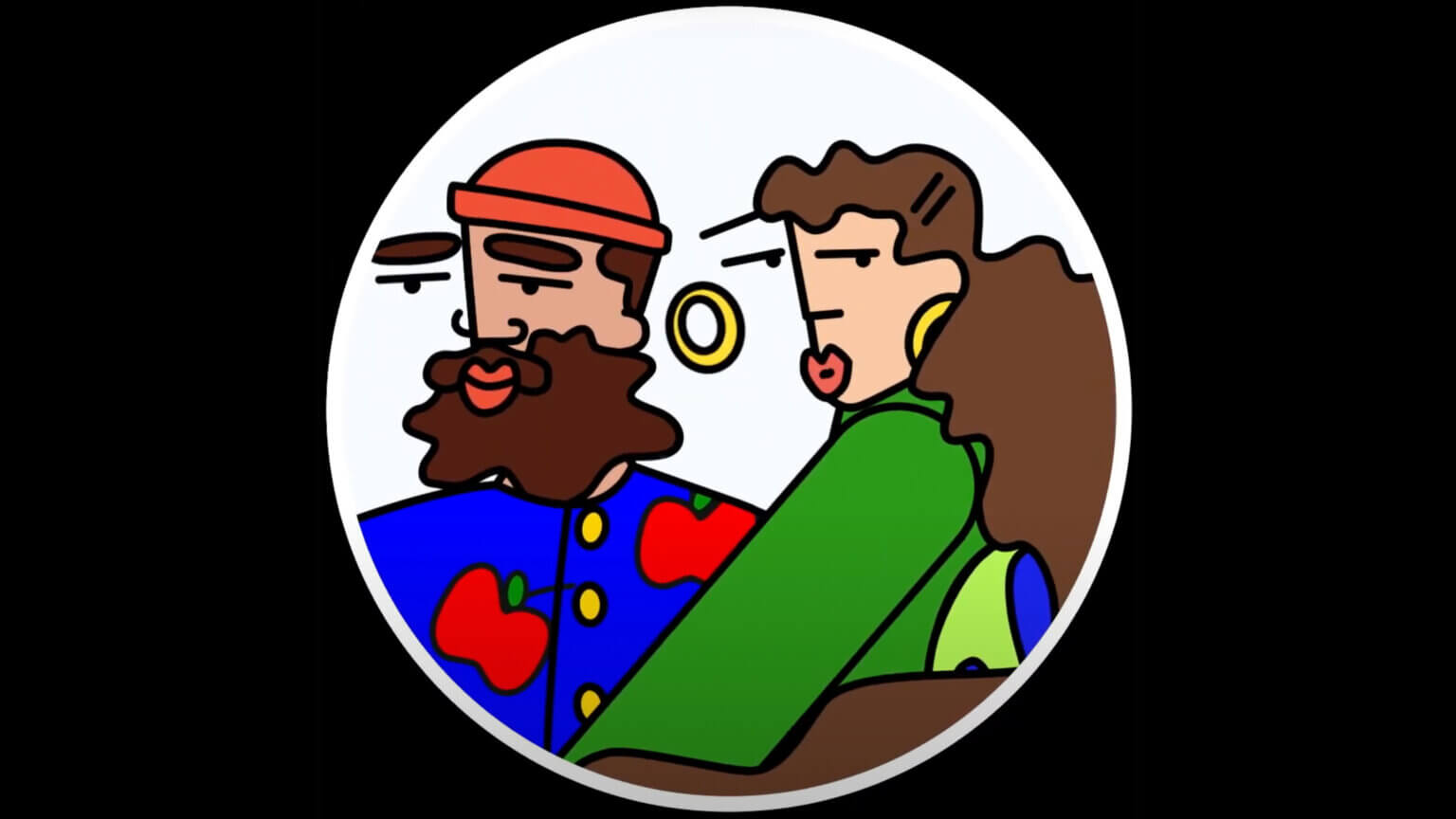 Murphy explains the video process: “My visual art style really developed when I began making hand-drawn flyers for a nightclub in Oakland. I hosted a recurring jazz night every Tuesday for a few years. The bands were always amorphous and always centered around percussion. That left a lot of elasticity in the genre — the musicians were often rooted in different cultural and musical backgrounds (Salsa, Gospel, Blues, Hip Hop, etc.) — and in turn, that attracted a wide range of dancers and drinkers to fill the space. This music video is a homage to that club and its people, infused with some psychedelic and cheeky moments.

The idea of shared experience, though a virtual reality, had shifted my perspective of shared space, which informs the visuals. Seemingly isolated dancers move within the compartmentalized windows and grids of a surreal technicolor world. We’ve all found ourselves here in this time, sorting through complicated information and synthesizing our inherited and undulating present. For me, I’ve found comfort and inspiration in tethering to the playful stuff.”

Murphy – one of indie’s most in-demand percussionists (Poolside, Toro Y Moi, U.S. Girls) – and Stuart, who share backgrounds in jazz, Latin and soul music and were both fixtures in Oakland’s diverse music scene, began collaborating in 2018. Following the duo’s first sessions, which resulted in the mini-album Walkie Talkie (released in 2019 on Native Cat Recordings), Brijean continued collaborating in Oakland, inviting friends Chaz Bear, Tony Peppers, and Hamir Atwal, who all would end up contributing to the album. “We improvised on different feels for hours,” says Murphy. “Nothing quite developed at first but we had seeds. We re-opened the sessions a couple months later, after returning from tours, and spent a month developing the songs in a little 400 square foot cottage.”