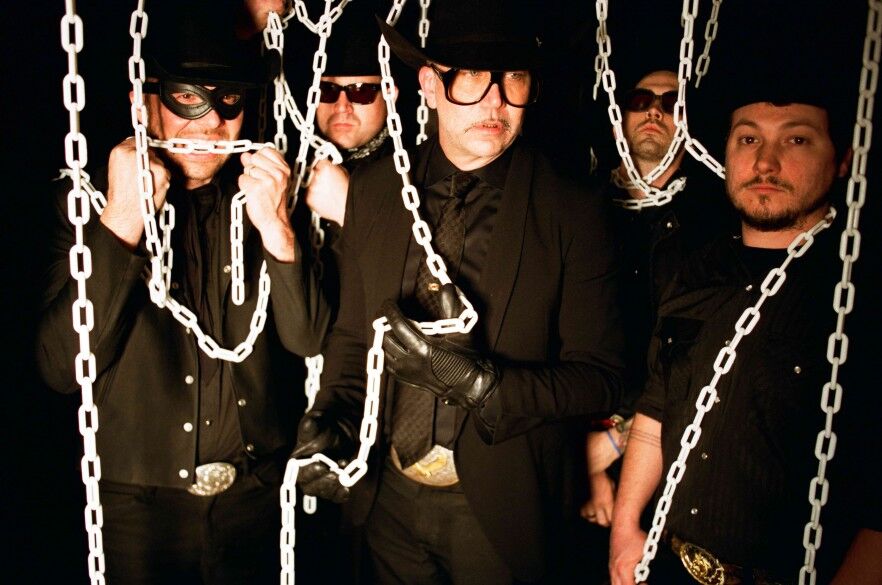 On the eve off their West coast tour, Brent Amaker and the Rodeo have released a new video for “Goodbye”. The band’s sound has be described as a Morricone soundtrack written by Kraftwerk with dead serious classic country vocals. The band’s music has been featured in television shows such as Weeds, Californication and HBO’s Big Little Lies. “Goodbye” is set for a June 15th release on 7″ picture disk with the B-sides “Eyedoog” and “700S Goodbye”. “Goodbye” is Brent Amaker’s symphonic farewell to the great love of his life. Co-written by Portland producer Jeffrey Stuart Saltzman. Brent Amaker and the Rodeo kick off their tour, tonight in Boise, ID.

Brent Amaker on the song and video for “Goodbye”:

“This has been one of the darkest years of my life. I’m getting better now, but it’s not always easy to process whats happening while you are in it. Goodbye is a story of love and loss. The music video is a representation of the aftermath of that loss. I can’t exactly say I’m in the clear yet, but I am definitely looking forward to a fresh start.

It couldn’t be a Rodeo song”, according to Brent, “because it’s too sappy. The past couple of years have left me with a pile of emotional baggage. I needed to get it out. Think of this track as a bridge between Brent Amaker and the Rodeo full length albums. The next one is already recorded and is set to be mixed by Jeffrey Stuart Saltzman this summer”.