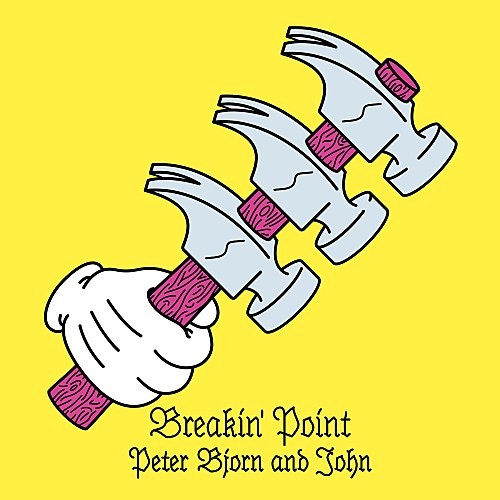 Considering their first (self-titled) studio album came out back in 2004, Swedish pop/rock group Peter Bjorn and John have produced six solid albums, all constrained within the relatively simple constructions of pop music. Structurally, not much has changed with their seventh album Breakin’ Point, yet sonically they bring one of their most consistently diverse and fun collections of songs yet. Typically, the group features Peter Morén on vocals/guitar, Björn Yttling on bass/keyboard, and John Eriksson on drums, but Breakin’ Point downplays rock elements for a more Pet Sounds inspired wash of non-instrumentation, albeit with a thankfully conservative array of elements in each song.

With the unique sounds PB&J bring to each song on top of Peter’s voice like a reverbed-out John Lennon, I got a consistent Beatles’ Revolver vibe (“Do-si-do” even namedrops “Eleanor Rigby”), though with a thumpier, bubblier swing beneath. There’s traditional Japanese inspired melodies and click-tracks in “What You Talking About?”, the incredibly charming child choir in “Love Is What You Want”, the spaghetti western wails in “Nostalgic Intellect”, and the whistling melody of the title track (which does it’s best to recapture their 2006 hit “Young Folks”). No song ever feels overstuffed, as each track is careful not to thoughtlessly mix their influences but instead milk the few sources they have. The disco-inspired “Dominos”, which opens the album, isn’t one of the strongest tracks, but even it has a very satisfying chorus—something each of the 12 songs offers with an almost scientific accuracy. Just listen to the group-vocal refrain on “Hard Sleep” and you’ll know what I mean.

The verses in turn can sometimes feel underwhelming on the generally more upbeat tracks, but even they offer (sometimes too) subtle touches that add a personality and polish to the overall sound, such as the soft electronic chimes in “Breakin’ Point”. PB&J also know when it’s time to pump the brakes on the high energy, adopting a gentler tone for tracks “In This Town”, “A Long Goodbye”, and “Between The Lines”. I say these tracks are softer, but vibrato-basses, funky drums, and John Carpenter-esque melodies keep the overall momentum of the album flowing smoothly.

As a pop record, it would be easy for Breakin’ Point to resort to the same old love lyrics that draw attention away from themselves—what Peter Bjorn and John do instead is deliver a richer, more innocent and vulnerable take on a multitude of topics, from blissful nostalgia to shame and alienation. The angriest song here may be “What You Talking About?” which still opts to take a passive role in an argument; “all the anger left my body”. There’s no overarching theme to the album, but it feels like that will really add to the music’s originality and longevity.

Peter Bjorn and John’s Breakin’ Point holds a wide palette, but it makes sure not to waste a single element. Many songs can be structurally cliché, but each track is sonically fresh and consistently fun without weighing the album’s tone too far in any direction. It rarely wows, but it’s so masterfully catchy that it serves as a proper successor to the sunshine pop of the 60s. 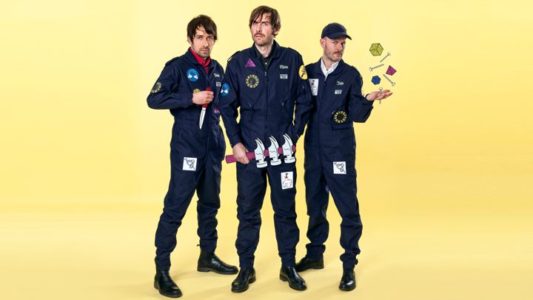 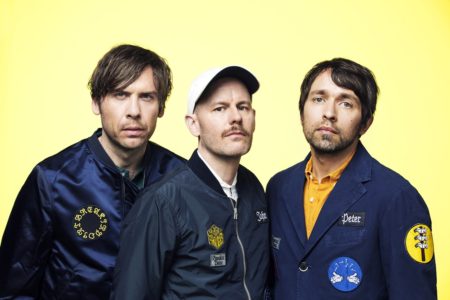 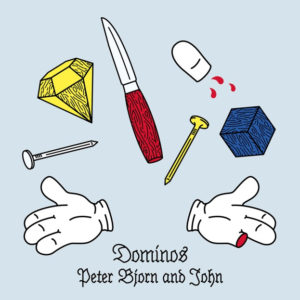 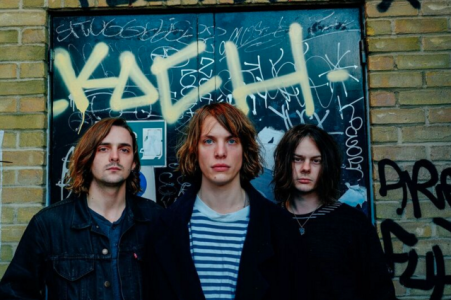