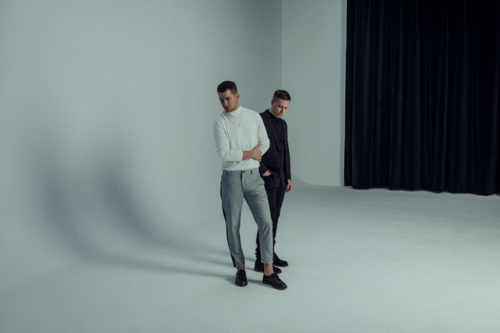 Bravestation, release their new album on June 22nd via AntiFragile/Culvert Music on Friday, June 22. The full-length is described as a story arc of a relationship, paying homage to romance and the power of togetherness. Today, the duo are sharing the album’s first single “Ray of Hope”, now out via streaming services and streaming platforms. Bravestation play a record release party on July 7th in Toronto.

Bravestation is Derek and Devin Wilson, created the songs for Goddess​ in their home studio before collaborative sessions with various up-and-coming Toronto and Montreal songwriters and producers. The album was mixed by Howie Beck (Feist, Charlotte Day Wilson, River Tiber)​.

Derek and Devin on Godess:

“Goddess was inspired by the relationships we have with the incredible women in our lives,” Wilson explains. “The songs are about infatuation, heartbreak, compromise, commitment and the ultimate pursuit and feeling of love. Goddess is an antithesis to the misogyny that you hear in a lot of popular music these days. It’s a positive message for the co-existence of women and men.”

Goddess​ covers a wide range of dynamics and emotions on the pop spectrum, with slow-burning R&B romance saga ​‘​Deeper Than Oceans​,’​ ​and upbeat heavy-hitters ‘The Middle​’ and ‘Upside Down’, two alternative tracks that explore themes of compromise and reconciliation. Whereas ‘Stay Wild’ ventures into electronic crossover pop territory, capturing the youthful exuberance of being young and free. Down-tempo piano ballad ‘Just You & Me’ serves as a love letter to the listener with the album’s mission statement delivered passionately in the chorus lyrics: “just you and me, against the world, just you and me” 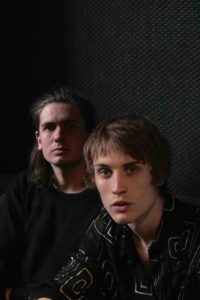