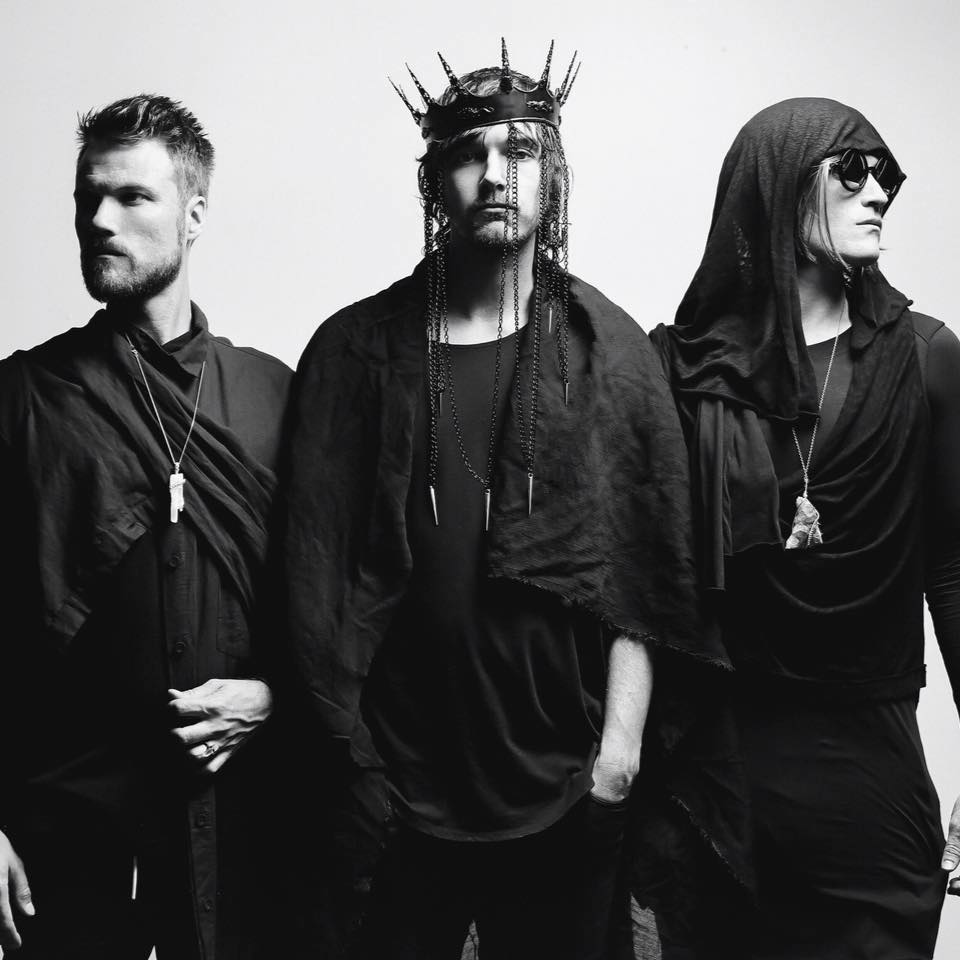 BRÅVES is comprised of American producer Johnny What and Aussie vocalist brothers Jericho and Thorald. The band’s sound has been described as surreal, avant-garde, combined with power pop. The Los Angeles based trio have just released their self-titled debut album (Rostrum Records) On stage, the band wears breathtaking customized wardrobes and headdresses to bring to life their futuristic concepts while they perform against kaleidoscopic visuals created in collaboration with renowned digital multimedia artist Beeple (Flying Lotus, Skrillex, Imagine Dragons). Today, the band is sharing their new live video for album track “Catch Me”, which was created by using his open source Cinema 4D project.

Quote from the band on “Catch Me”:

“We’re excited to share the live performance of one of our favorite songs, “Catch Me.” This show was one of the highlights of our collective career. The visuals and fully immersive Vortex Dome event were a unique experience for the audience and us as performers.”