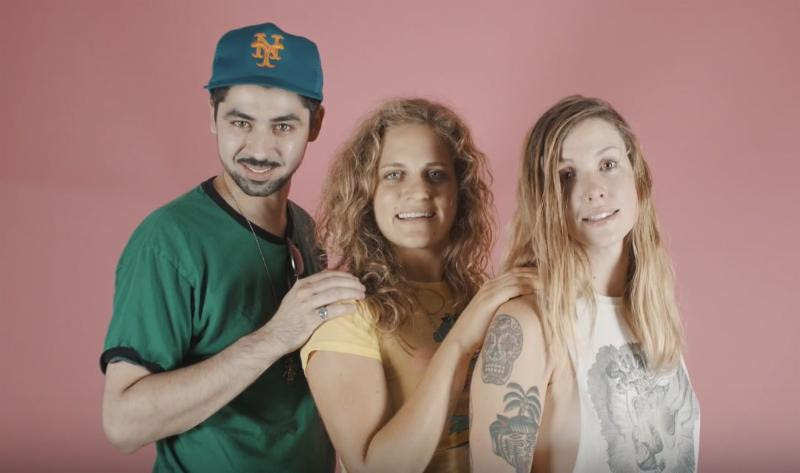 BOYTOY premiered a video for their single “Postal” via YouTube (and can be seen below). “Postal” is featured on the Brooklyn trio’s debut full-length album, Grackle, which arrived this month on PaperCup Music and are in the midst of a seven-week tour of North America (dates below).

BOYTOY emerged in 2014 with a ferocious live show, and a self-titled debut that’s been met with great positive reception. The band headed into the studio in Philadelphia this spring with producer Al Creedon (Eternal Summers/Bleeding Rainbow) to record, resulting in 11 tracks of no nonsense, rock n’ roll bangers, with three-part vocal harmonies, and melodic hooks galore.

BOYTOY was originally formed in 2013, by Saara Untracht-Oakner and Glenn Van Dyke, with both handling guitar/vocal duties. The two knew each other through touring via former bands, and shared a mutual love of both surfing and skating. They were joined on drums around the release of the BOYTOY EP, by drummer Matthew Gregory Aidala, whose laidback drumming style complemented the slash-and-burn guitar attacks of Saara and Glenn, infusing a different perspective into the songwriting process, and creating a truly collaborative band.

Grackle was chosen as the album’s name, first as a nod to SXSW, as the bird nearly out numbers music fans and industry during the annual Austin, Texas conference, and secondly based on the Mexican folklore of the bird, called Zanate in Spanish. Having no voice of its own, the grackle stole its seven distinct songs from the wise and knowing sea turtle. You can hear the Zanate’s vocals as the Seven Passions (Love, Hate, Fear, Courage, Joy, Sadness, and Anger) of life. 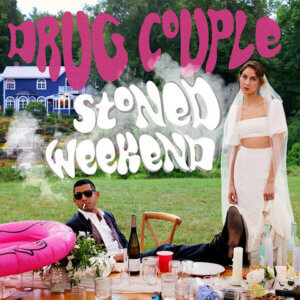