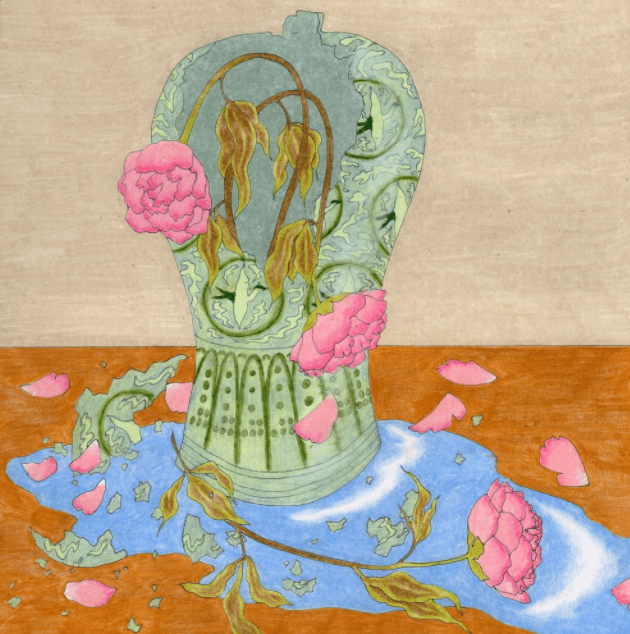 boylife has announced his debut album gelato, will drop on October 8th. About the new album, Yoo said, “‘gelato’ is a self portrait. I made it across four years without really planning to make an album. I like that gelato melts and you have to enjoy it while it still holds a shape. I tried to catch the moments at the center of each song the same way, gentle but knowing it’s only here for a little bit.”Yoo took the name boylife from a Cody Chesnutt song, after all. “The voice is an instrument, and I like my instruments to be versatile and malleable,” he says.

Ryan Yoo, who makes introspective, uncompromising music as boylife, has never boxed. Growing up in a Korean-American family in southern California, he tried taekwondo and kendo, but didn’t step into the ring. The elegance and ego on display during bouts fascinated him from a distance, and as he grew up, learning about himself and embracing his aspirations to create, he stayed mesmerised by the sport.

“Two people come into a ring and give permission to hurt each other,” he says. “That’s insane.” It’s also, he explains, a useful analogy for the struggle at the core of his art. Being honest with yourself can feel like a battle, to put it mildly, and an extreme level of honesty is his artistic goal. “The goal of boylife is to be very naked,” he says.

The illustrated cover of boylife’s debut album gelato, out on October 8th, depicts a boxing scene. For those who haven’t heard his early singles like the yearning anthem “Peas,” the spastic “church” and the dreamy “boston,” this illustration could be their first impression. The pressure to posture, to conform to some stereotypical American masculinity, or the prejudiced constraints of Asian-American maleness—Ryan has squared off against those things for years. And that’s just external forces.

Since he was 13 years old he’s lived with the deep gulfs of depression and blaring manic periods of bipolar disorder. For a decade he went undiagnosed, thinking that “everybody went through this. I’d talk to friends and say, ‘You know how sometimes you feel like the scum of the earth and sometimes you feel invincible? And they’d be like, ‘Word?’”

During a particularly low point, his parents decided he needed to see a doctor. He says that that wasn’t typical for immigrant parents, who can be skeptical of therapy and mental-health treatments. But his parents felt strongly that something was wrong, and eventually a psychiatrist put a name to his experience for the first time.

Those same low points inextricably shaped his artistic ambitions. “When you’re really at the bottom, you don’t care what anybody thinks,” he says. Coming out of the trenches, he realized he didn’t have time to waste on “weird artifice and superficial shit.” He’d long loved the challenge of writing songs—the equal parts joy and frustration of the process—and decided that his should feel like unvarnished self-portraiture. The songs would show his failings and dreams, and would be guided by the question: how do I render as many angles as possible? The music would be soft, angry, loving, nurturing and self destructive. The complexity of a young person’s life.

Created at what Ryan calls “a snail’s pace,” across five years, gelato is by turns cacophonous and unabashedly pretty, piercing and gentle. His voice has the smoothness of a quintessential R&B crooner on one song—he took the name boylife from a Cody Chesnutt song, after all—and on the next he’s playing with the pitch and pushing it beyond the border of recognition. “The voice is an instrument, and I like my instruments to be versatile and malleable,” he says.

Laughing, Ryan will tell you that he raps terribly. “If somebody asked me to rap on their song, I’d tell them no—instantly. But sometimes my songs need that.” If you put a buttery tone on a line like “young and colored in America,” the effect would be totally different; rapped, the line feels like the jab he needed it to be.

Over a minute into “SuperPretty” the song explodes over fuzzy guitar, with Ryan shouting, “Bitch, I’m a star and I’m super, super pretty.” It’s a defiant moment, a pop-punk sneer at American celebrity and what it cultivates, celebrates, enshrines. He goes even further, flexing about his overdrawn bank account and the Marlboro habit he can’t afford. It’s refreshing to hear exuberant music about being broke. More of us are more accustomed to waking up to gnarly bank text messages than news of some unexpected cash windfall.

He credits good, healthy conversations with friends for getting him to a more thoughtful place. Acting as interludes between songs, the voices of his friends—female friends, in particular—appear at intervals across gelato. A true self-portrait would be impossible without their contributions; Ryan may be an admitted perfectionist and control freak but the person he is today is a product of his community, especially the friends who have shaped him for the better.

The idea for “Amphetamine,” with its stacked vocals and intense emotions, came to him while watching a close friend’s wedding video. Without his friend Cheryl the ache felt so acutely on “Hoon” would have been impossible to achieve (that’s her singing on the final verse). And the previously released single “Dio” finds new life on gelato with some help from Bearface, of Brockhampton, one of Ryan’s newer compatriots. 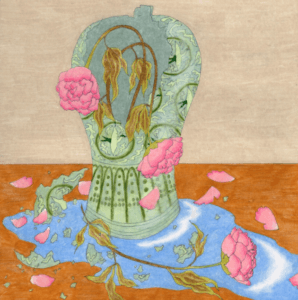