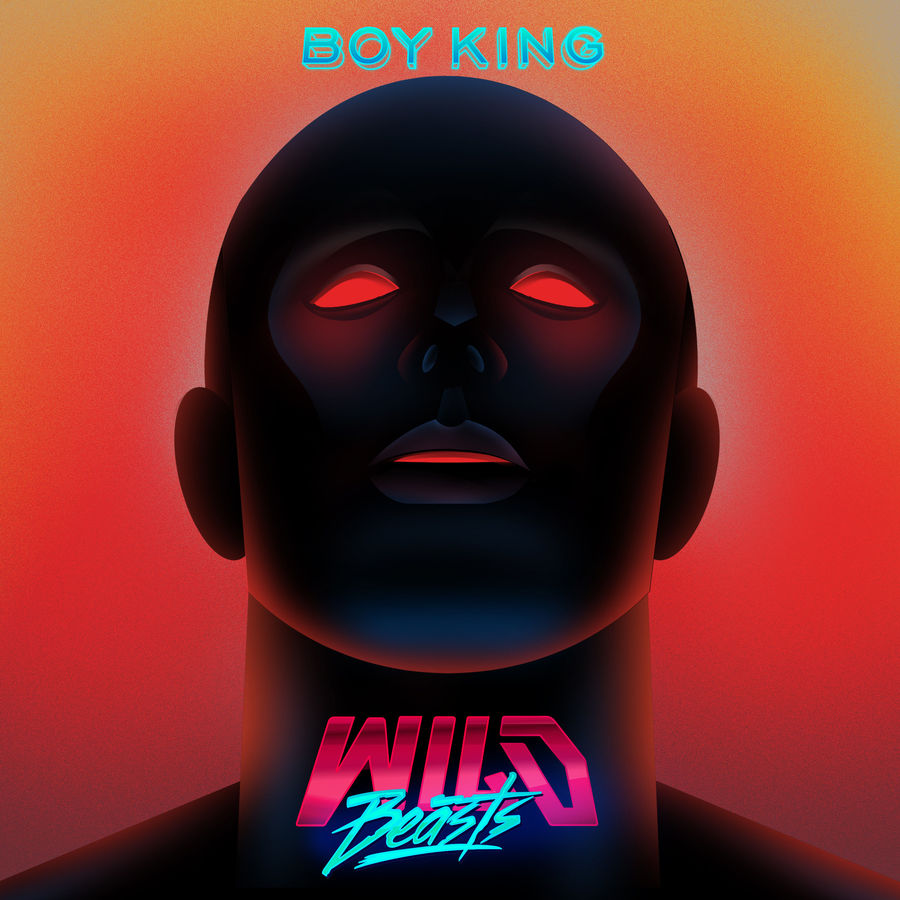 According to co-Wild Beasts frontman Tom Fleming, the band’s fifth LP ‘Boy King’ finds the four piece “back to being pissed off”. Fellow vocalist Hayden Thorpe expands this further by claiming “Boy King is an apocalyptic record. It’s about swimming in the abyss. When you think about sex, you’ve got to think about death, they’re one and the same.” These statements would imply the group’s latest outing is a fierce, uncompromising animal; one that’s been tainted by the world’s misgivings. Given that 2016 so far has to have been one of the worst years on record; certainly when it comes to widespread incidents that include frequent terror attacks, political turmoil, police brutality and general unrest – things have been better right?

On the surface ‘Boy King’ isn’t the visceral creature it purports to be – like most of Wild Beasts’ albums its pivots on themes of the flesh and all things carnal. Delivered in a rather English way, Wild Beasts opt to convey their sensual notions with a subtle nod and a wink as opposed to a direct ‘let’s fuck’ delivery. Opening track ‘Big Cat’ throbs and gyrates with pent up sexual tension. “Big cat on top/better show me what you got” conveys a sly innuendo to sexual domination and “a safe word you can’t retract” sails closer to the wind and plunges the album into Wild Beasts’ smutty mind set. Whilst ‘Big Cat’ could be taken as playful, the direct ‘Get My Bang’ jettisons subtlety for a more blatant track that circumnavigates all the body’s erogenous zones “If they’re hungry let them eat cake” – indeed Wild Beasts!

‘Boy King’ may cavort with a lithe sexual prowess, it also centres its gaze on the “all conquering male” with the likes of ‘Top Guy’, ‘He The Colossus’ and ‘Eat Your Heart Out Adonis’ exploring man’s place in the world. The latter in particular crackles and groans with erotic tension discussing carnivores desire for “dark meat”. The album’s “pissed off” and “apocalyptic” undertones bubble to the surface via the noir ‘2BU’. Wild Beasts take on the guise of a faceless threat that appears to revel in despair and destruction “I’m the type of man who wants to watch the world burn/I hope you run/let’s hope I don’t find you first/you know that I’m the worst”. These chilling words could easily fall from any vile dictator’s mouth or any shadowy figure that’s pulling the strings behind some of the world’s most hateful attacks. Or indeed presidential candidate Donald Trump – he seems like the sort of cretin that would rub his hands with glee as mankind tears itself apart.

Not quite the release of anger and frustration you’d want in a year where a daily atrocity is splashed across 24hr news channels and social media, but ‘Boy King’ gestures at a society absorbed with sex, violence and self-obsession that is now a part of everyday life.