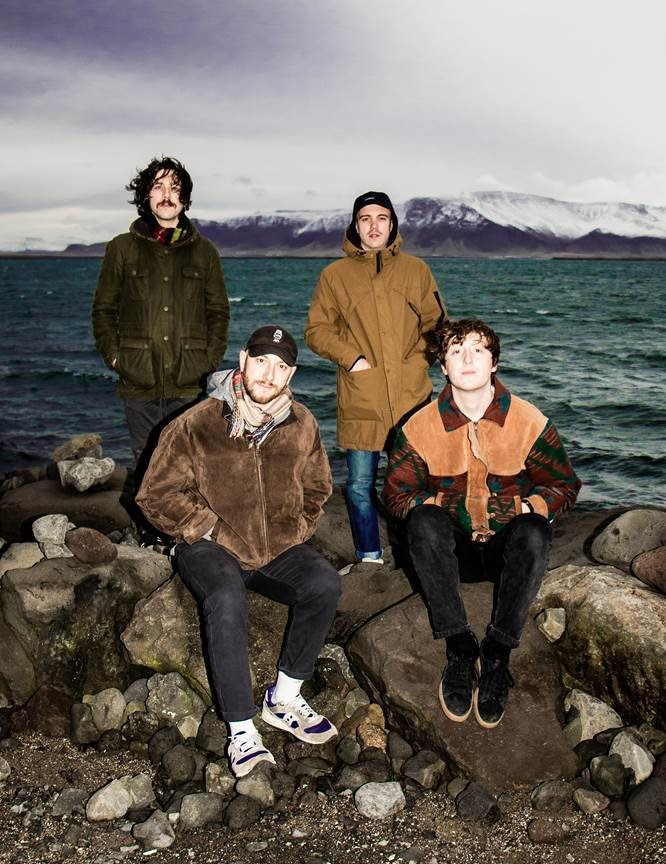 UK band Boy Azooga, released their debut full-length 1,2, Kung Fu! in 2018 on Heavenly Recordings.The group have returned with brand new track “O Silly Me”. The track is part of a standalone release that also features a cover of “U.F.O.” by cult singer-songwriter Jim Sullivan and will be available on Friday December 13th, 2019 through Heavenly Recordings. Boy Azooga, are currently writing a new full-length.

Davey Newington on “Oh Silly Me:”

“”O Silly Me” is a song about worry: written when worried that might hopefully ease some worry for other worriers. Hope you enjoy it (no worries if not). And I was introduced to Jim Sullivan’s U.F.O last year by Tom Friend in Friendly Records. It has become one of my favourite ever albums since. Hope we did it some justice! Would like to dedicate this version to Pete, safe voyage on your U.F.O.”

Having played a sold-out U.K. headline tour, including a personal invitation to, support Neil Young on a number of European shows over the summer, Boy Azooga take their freewheeling live show on the road again in November to support Liam Gallagher on a number of his forthcoming U.K. Arena shows. The full list of dates is as follows: