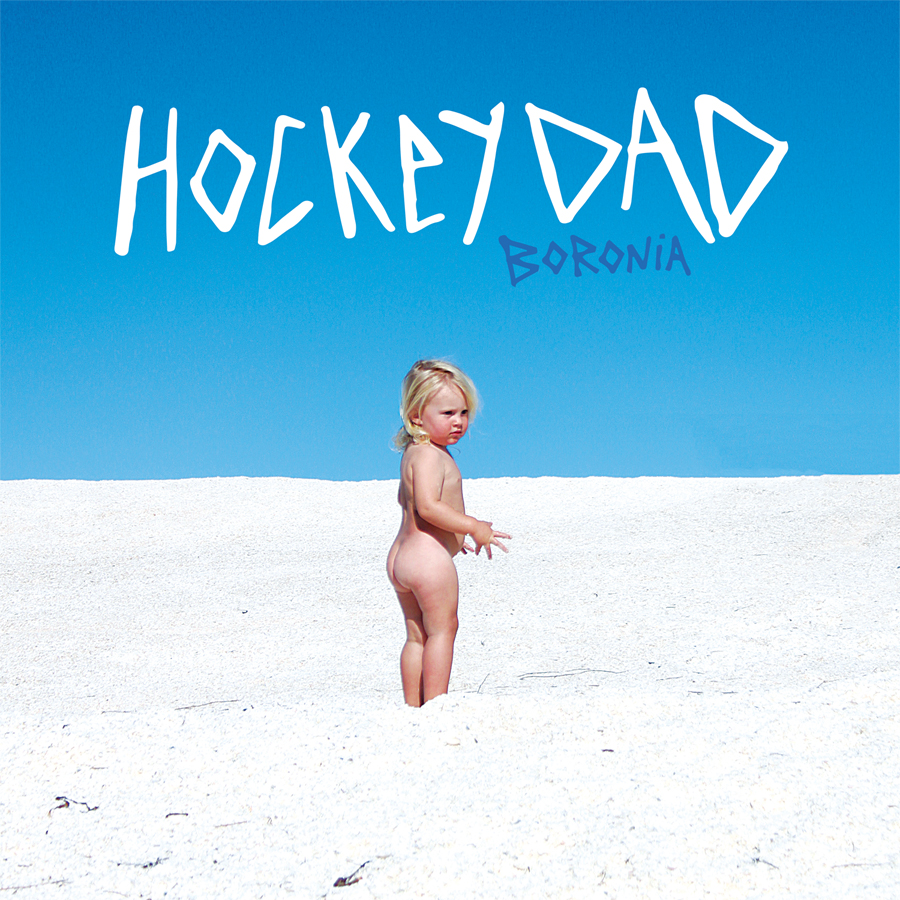 Growing up in the town of Windang, Australia, childhood friends and neighbors Zach Stephenson (guitar/vocals) and Billy Fleming (drums) were never more than a few miles away from a beach. After years of surfing and listening to family records, the duo formed Hockey Dad as a means of just jamming and having fun. Hockey Dad has released three EPs since 2014, with Bornonia marking their LP debut. They deliver what you’d expect: fun, catchy, fuzzy surf rock—a solid first effort that rarely wows, but gives glimpses of greatness.

It’s strange that the album would be released on the tail-end of summer; not everyone in the world lives in constant heat and within a stone’s throw of the ocean. Still, Boronia makes for ideal beach music. Chipper power chords and uptempo rhythms ring almost entirely throughout, making it very listenable, albeit something of a passive experience. There’s not too much to latch onto you, but there’s plenty to soundtrack a carefree time with friends, and that seems to be the point they’re aiming for. Boronia takes its name from the street Stephenson and Fleming grew up on, but besides a few lines about ‘wanting to go home for the night’, much of the lyrics revolve around the pursuit of good times with what you have—living in the moment. Rather than being the stoner-surfer dudes you might expect, Hockey Dad seem completely genuine in their message, with Stephenson’s unique nasal tones following some impressive melodies.

Among the 11 tracks here, I’d say about 8 of them follow a solid but samey formula, with tracks “I Can’t Have Them”, “I Need A Woman”, and especially “So Tired” being the highlights. I could very easily see these becoming breakthrough singles, or at least being picked up in marketing. “Two Forever” marks the only time the album takes a slower approach, and it delivers a somewhat satisfying swell, though perhaps too late in the album. It was “Raygun”, with it’s snarling guitar and punky bass, that stood out to me as sounding truly ‘unique’, as well as “Grange”, the instrumental closer to the album. What’s frustrating about these tracks, especially “Grange”, is that they come only at the very end, showing the more complex and creative ideas that could’ve been laced throughout the rest of the record. They’re not as poppy, yet I found them much more grabbing—something the future of Hockey Dad needs if they plan on swimming along.

Boronia doesn’t try to bring much besides a fun time, though it’s hard to shake the feeling that the fun time is what you’d be doing with this album playing in the background. The progressions feel so natural—pleasant at the cost of being predictable. It’s surprisingly peppy surf rock that shows a lot of rehashed formulas, but hints at better things to come. A debut has the potential to make a big splash, but Boronia opts for a clean dive.