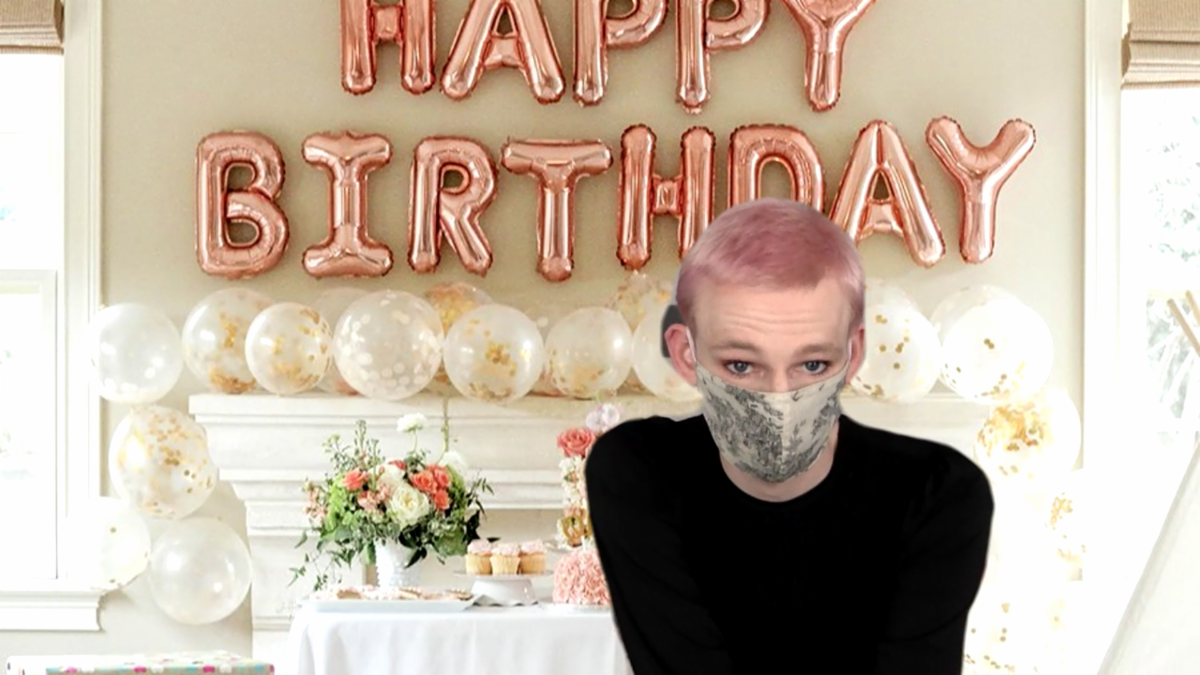 Boniface “Happy Birthday.”
Share on TwitterShare on PinterestShare on PocketShare on RedditShare on FacebookShare on Email

Boniface has released a new single/video for “Happy Birthday.” The track, is the first release since their self-titled debut album dropped in February. Boniface – who uses they/them pronouns – AKA: Micah Visser, is an artist who has spent the last eighteen months finding not only their voice and this innate ear for deliriously affecting songcraft, but eventually finding themselves too; where they sit, their identity, and what they truly believe in and stand for.

The video features members of Girl Ray, Blaenavon, Ayla Tesler-Mabe (Ludic, Calpurnia) and caroline as well as people from around the world celebrating their birthdays in quarantine. Visser has this to say about the video for Happy Birthday and it’s quarantine inspiration:

“I celebrated my birthday in isolation on April 22nd – it was an odd one and celebrating didn’t really seem appropriate. I was so lucky to have a safe place to isolate, but it was still an anxious, lonely birthday and I’m sure this experience wasn’t unique to me. the idea for the music video stemmed from that – celebrations in isolation, seen through computer screens and video messages and it goes out to everyone trying to connect or find some joy given the circumstances.”

Growing up in Winnipeg, Visser wrote the songs for the album at home throughout during those tentatively indecisive late teens and early twenties, after shifts at the local coffee shop and lost nights in the city. This intimacy has been preserved on “Boniface”, with the songs largely recorded in the room they were written, with Visser’s brother Joey and longtime collaborator Micheal Dunn also on hand. The trio eventually travelled to London to finish up work with producer/engineer Neil Comber (Charli XCX, M.I.A., Glass Animals) who helped bring Boniface’s lavish arrangements to full and dazzling life.

Micah Visser points to a certain touchstone behind the making of their full-length debut: a mission of gently encouraging others to embrace total vulnerability. “There’s so much negativity in the world, and it’s easy to get caught in that cycle of being closed off and negative too—and then projecting that onto other people, and just continuing the cycle,” says Visser. “I’ve found that in my personal life, pushing myself to be more open helps other people to open up as well, so then it becomes a cycle of positivity instead. And I know that it’s really scary to do that, but hopefully opening up in my music will help people to feel safe. I’d love for people to hear these songs and feel inspired, like they can do anything they want with their lives.”