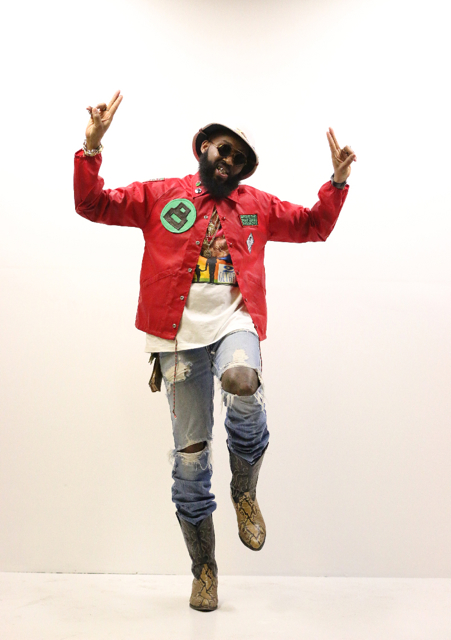 “Booshie” is the debut single from transatlantic hip-house outfit Bon Voyage Stand by planet earth; things just got a whole lot Booshier. Led by the enigmatic Shamon Cassette, Bon Voyage is the unlikely marriage of the forward-thinking Brooklyn rapper with two young producers from the dentally-challenged Dublin suburb of Finglas; The Supreme and Fono. Their infectious debut showcases a modern take on the hip-house genre, straddling the hairy crevasses between house, techno and hip-hop.

If you’re not completely au fait with your NYC slang, to be ‘Booshie’ is to consider oneself to be above everyone else; deserving of luxury in all aspects of life and demanding of only the finer things. Where J-Lo proudly claimed to still be ‘Jenny from the block’, the Booshie girl thinks they should demolish the whole God-forsaken hell hole and build a Louis Vuitton. Throughout Booshie, Shamon plays the oracle of our times, poetically depicting the tribulations of his life with a Booshie girl.