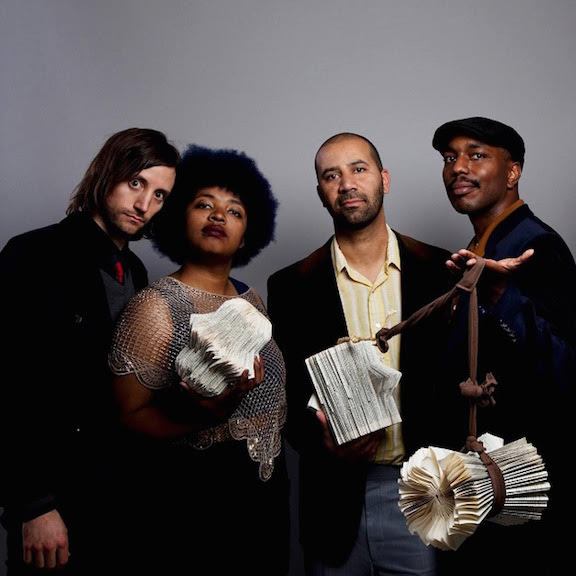 ‘Ballad’ begins with a couple gentle a-cappella notes from leading woman, Tiffany Davy, before the whole band surrounds her melody with warmth and robust harmony. The notably vintage production highlights the classic soul ballad vibe of the track, including a chorused-out guitar, a reverb-drenched snare drum, and a pearly organ subdividing in pulsing eighth notes. The harmonies between Tiffany Davy and Pastor AJ Freeman are robust and soulful, sounding as one cohesive unit while maintaining strong individual styles. “Laying here hoping our love disappears. Laying here, hoping our love is destroyed; what a joy.” “Ballad” is the kind of song that prompts immediate swaying, inviting dreamers and dancers alike to reminiscence in the bitter-sweetness of failed romance.

Bobby Blunders started as a home recording project of Jesse Carzello (Free Moral Agents) in 2006. After several years of honing his songwriting and arranging chops, producing a proliferation of elaborate 8-track demos, Jesse decided to attempt a proper album.

ballad is a smoldering ode to the sometimes sudden, occasionally transformative power of intimacy
Verse 1 is about discovery and longing.

Verse 2 deals with union and communion, particularly the transcendental capacity of physical love (I was reading a lot of Rumi, Hafiz, and Kabir back then).

Verse 3 marvels at the continued power of something that would’ve seemed by nature to be fleeting.

It is a fitting love song for a balmy, mid-summer afternoon.

Somehow I never got around to upgrading the song’s utilitarian title.

I wrote “ballad” on guitar, somewhat influenced by the work of Teenie Hodges (best known for his work with Al Green).

The band is currently planning a release for their loving imposter e.p. and already writing prolifically for the next full-length album.