“Blue” by Shay Lia and Kaytranada

Kaytranada has a new protégée and her name is Shay Lia. Shay has just revealed her brand-new video for her latest single ‘Blue’ produced by Kaytranada & BadBadNotGood.

‘Blue’ is the third single to be produced by the partners-in-crime, after Kaytranada’s album 99.9% ’s lead single ‘Leave Me Alone’ and ‘3 Months’ and to complete the squad, they have welcomed BadBadNotGood onto their production team for ‘Blue’

Heavily influenced by R&B and Soul, Shay describes her new single, ‘Blue is simply your classic love song. I wanted to present myself as vulnerable. I talk about love lost, regret, solitude and the fact that despite how much time passes I’m convinced I still have things to share with him.’

Shay is also making plans to bring her live show to London and plans on releasing more collaborations with her favorite musicians, ‘It’s been a true blessing working with minds like Kay. He has become such a young icon over the past four years and it has been really inspiring to witness.’

‘Blue’ is written by Shay Lia and produced by Kaytranada & BadBadNotGood. 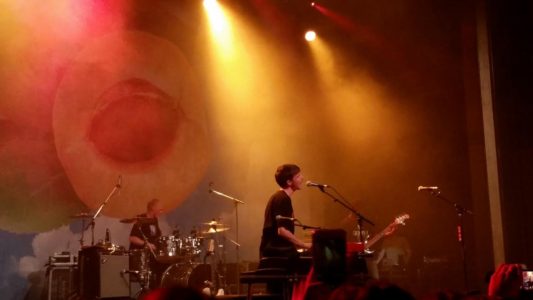