Bloody Your Hands Debut “Checked Out”

Bloody Your Hands, recently announced their new full-length Sunday Scaries, will drop on August 28th. Ahead of the new release, the band have shared their second single of the album entitled  “Checked Out.”  Formed in NYC in 2015, the band draws from a wide range of influences including Pixies, Nirvana, Superchunk, Archers of Loaf, Television, The Hold Steady, Wavves and Surfer Blood. Bloody Your Hands released their debut full-length Paper Cuts in 2015, followed by Monsters Never Die in 2017.

Bloody Your Hands is Jameson Edwards (vocals, guitar), Mike Horaz (drums, vocals) and John Walsh (bass, vocals). Mike and Jameson have been playing music together under various names since the mid 2000’s. John joined the band in 2018 and is also a founding member of Brooklyn-based Indie/Americana group Self Help. All members currently reside in Brooklyn, NY.

Jameson Edwards on “Bloody Your Hands:”

“This is a song about hating my job (a classic punk theme). But it’s bigger than that. It calls bullshit on the philosophy I was taught about adulthood, employment and happiness. “Do what you love and it won’t seem like work.” Nice sentiment but in most cases it’s total BS. Things that make us happy tend not to pay well. There’s generally too much of a focus on careers in this country anyway. Our society incentivizes us to become really good at one thing. As if getting really good at something wasn’t hard enough – you now have to make sure that thing is the thing you want to do – the ONLY thing you want to do – for the rest of your life. What happened to the jack of all trades?

“It’s a coincidence that this song was originally called “WeWork”. I spent a few years working for a company that was briefly owned by WeWork, but the song was written while I was working at a WeWork (for yet another shitty employer). The company actually used that slogan – “do what you love”. It was plastered all over the walls and hallways of their dismal, track-lit, fishbowl office that sold the modern American Dream of getting rich quick with a sold startup. The place was a startup graveyard.” 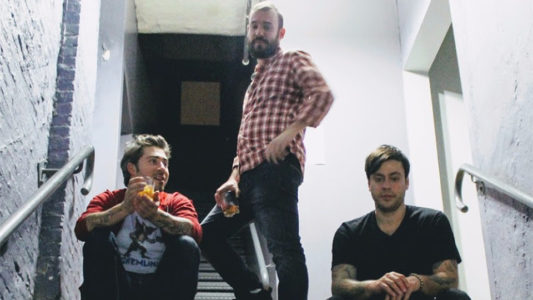