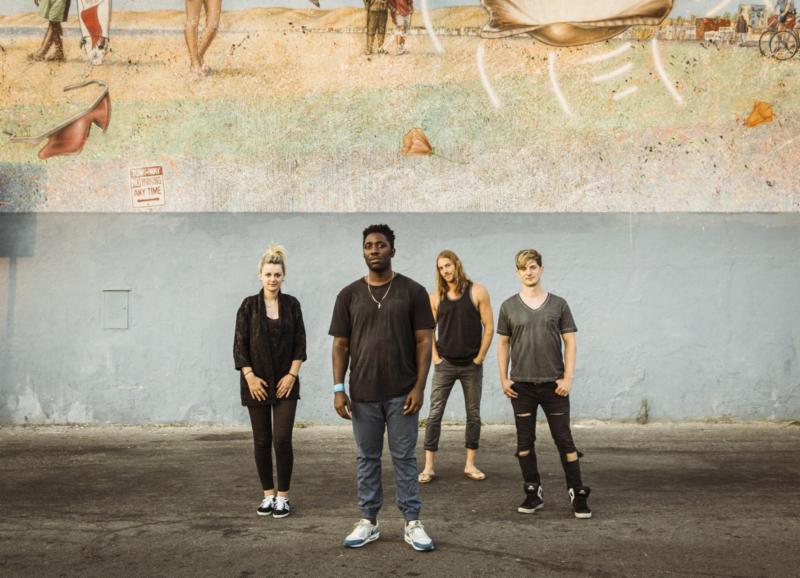 Bloc Party today debut their brand new single “Stunt Queen” ahead of one of shows at the Hollywood Bowl in Los Angeles this Sunday, September 25th.

“Stunt Queen” is Bloc Party’s first new material since the release of their fifth album, HYMNS, at the start of this year, and their first song to be written and recorded by the lineup of Kele Okereke (vocals, guitar), Russell Lissack (guitar), Justin Harris (bass) and Louise Bartle (drums). The song is available to stream and download now via Infectious Music / BMG.

“‘Stunt Queen’ has its genesis in an idea that dates back to the Australian tour we did at the start of 2016,” says Okereke. “It was an idea that we worked on at sound checks and was one of the first ideas to come along after Justin and Louise joined the band. Playing the Hollywood Bowl feels like a significant milestone for the band, and we wanted to mark it with a new release. We’re excited to be playing our biggest ever headline gig in the U.S. and releasing new material in the same week.”