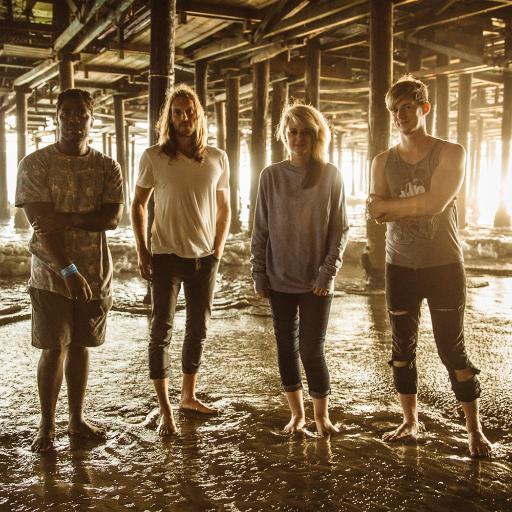 HYMNS is a rebirth for Bloc Party. After 16 years as a band, countless tours, and four studio albums, Kele Okereke and Russell Lissack are taking it back to where it all began.

“Bloc Party started with just Kele and I, and we used to write the songs together, and we found other people and grew from that. It feels like that’s happened again,” says Russell. They started writing together, just the two of them, in 2014, and were joined at various stages by the two new members who have made Bloc Party a four-piece again: bassist Justin Harris, whom the band met in his previous guise as part of the Portland indie rock band Menomena, and drummer Louise Bartle, a 21-year-old that the pair discovered on YouTube, and who “blew us away. It’s good to have someone bringing that energy of doing it for the first time. It’s made us all excited about going forward.”

“It’s still a very live record,” says Russell. “Everything has been played, though it doesn’t necessarily sound like that. We take a lot of influence from electronic music, for example, and then try to bring that into a completely different environment.” Kele is astounded at the results. “What Russell is doing now is completely blowing my mind. He’s using the guitar as an instrument of white noise, as well as a melodic tool. I’m super-excited about getting this music in front of people.”